Quest for new F-15IAs for the Israeli Air Force

During the visit of Israeli Prime Minister Bennett with US President Biden in Washington on Thursday 2 September 2021, Bennett plans to ask the US for a special increase in Foreign Military Financing (FMF) dollars to procure an advanced version of the Boeing F-15EX Strike Eagle II, the F-15IA (Israel Advanced) for the Heyl Ha'Avir (IAF, Israeli Air Force).

On 9 February 2021, Scramble Magazine reported on the set up of a future major arms deal with the US and Israel's special interest in the F-15EX. The desire to upgrade the F-15I Ra'am fleet comes as military planners want to diversify their options for a potentional conflict with Iran. While the F-35I Adir is the primary fighter for Israel’s military, the F-15I Ra'am and the F-15IA can carry significantly more weaponry. 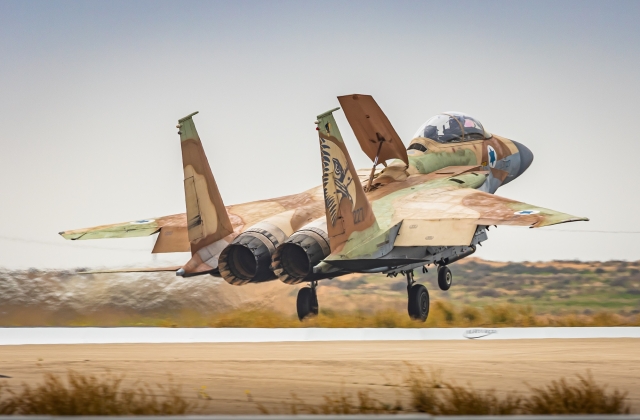 Israel's goal is to secure enough funding to purchase 20 to 25 Boeing F-15IAs and for updating its existing fleet of 25 F-15I by replacing the full avionic suite, including radar and main computers. Nothwithstanding the Adirs exceptional capabilities, Israel seeks to improve the capabilities of its Baz fleet, supplemented with new F-15IAs.

The new Israel Advanced Strike Eagle has much greater capacity for carrying munitions. The aircraft can carry roughly 30,000 pounds of weapons, whereas the Adir can carry 5,000 pounds internally and has up to 18,000 pounds of total payload capacity when using external stations. Next to that, the F-15IA can carry up to twelve missiles, compared to six missiles carried internally on the F-35.

Israel expects that they can tailor the F-15IA’s software and hardware to specific IAF needs including Israel’s own electronic warfare, communication, missile and avionics packages.

FMF dollars are set aside in the US military budget and can be spect by partner nations, but only on buying US military equipment. Under a 10-year deal signed with Israel in 2016, the US pledged to provide USD 33 billion in FMF grants, plus another USD 5 billion in missile defence funding, between fiscal years 2019 and 2028. The budget does not need to be distributed evenly and, in theory, could be accelerated for special purchases.

Image by Boeing and photo by Amit Agronov