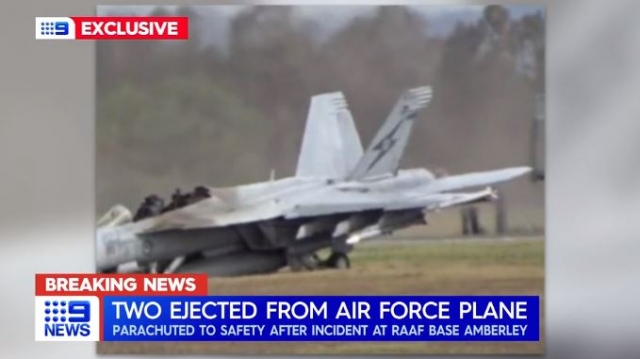 On 8 December 2020, two pilots have been forced to eject from a F/A-18F Super Hornet at RAAF Base Amberley (Qld.) It is reported that the Super Hornet was taking off with seven other fighters when it appeared to suffer engine failure. Both pilots ejected successfully and the aircraft ended up in grass beside the runway.

According to the Royal Australian Air Force (RAAF) both pilots are safe, no other personnel were involved in the incident. The cause of the incident is not known at this time and will be subject to investigation. The serial of the Super Hornet is confirmed as A44-223.

The RAAF operates 24 F/A-18F Super Hornets with 1 Squadron. The unit re-equipped between 26 March 2010 and 21 October 2011, making it the first Australian unit, and the first squadron outside the United States, to fly the Super Hornet. The unit became operational with its new aircraft on 8 December 2011.