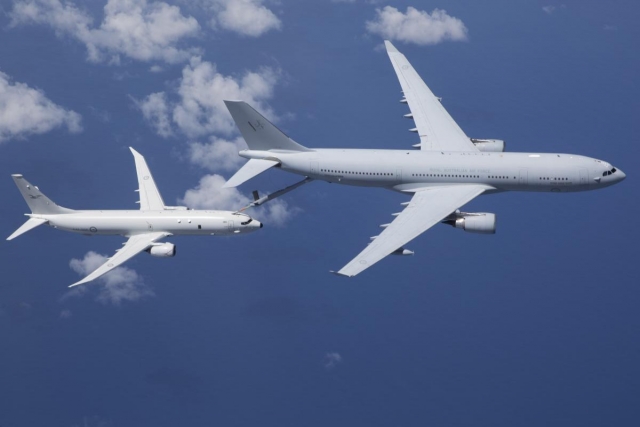 One of the Royal Australian Air Force (RAAF) P-8A Poseidon maritime patrol aircraft achieved a new milestone recently as it was refuelled by an RAAF KC-30A multi-role tanker transport from 33 Squadron for the first time.

From 22 September to 1 October 2020, seven air-to-air refuelling flights were made. It was not the first time that an RAAF KC-30A refuelled a P-8A.

Back in 2018, a KC-30A was deployed to NAS Patuxent River in the United States for air-to-air refuelling trials with P-8A aircraft from the US Navy.

Australia is committed to acquiring 15 Poseidons. Up to now, twelve have been delivered (A47-001 to A47-012) and are in service with 11 Squadron at RAAF Base Edinburgh. The acquisition of the remaining three P-8As is still pending approval.