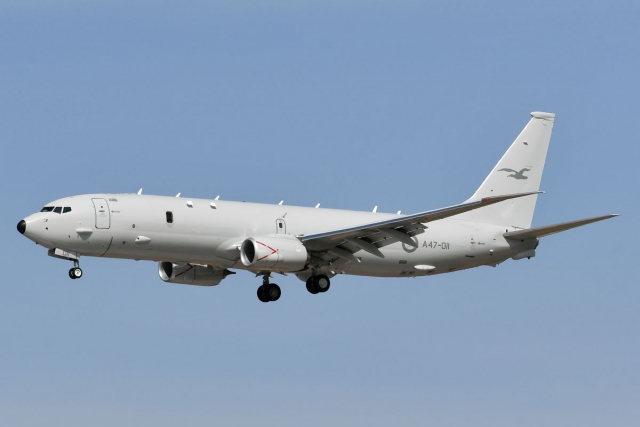 The Australian Government intends to order two additional Boeing P-8A Poseidon Maritime Patrol Aircraft (MPA). The budget fort the two MPAs is part of the government’s AUD 270 billion investment in defence capability over the next decade.

The Poseidon fleet size will rise to fourteen. The aircraft, all operated by 11 Squadron Shepherd or Destroy at RAAF Base Edinburgh (SA), have replaced the Lockheed Martin AP-3C Orion in the MPA role.

The Royal Australian Air Force (RAAF) originally operated twenty P-3C Orions, also based at RAAF Base Edinburgh (SA). According to the Scramble Magazine database, still two AP-3Cs are active in the ELINT/SIGINT role. They will be replaced by a combination of the Gulfstream Aerospace MC-55A Peregrine, of which Australia has ordered four aircraft, and the MQ-4C Triton. The last two types will also be based at RAAF Base Edinburgh (SA).

The other Orions have been sold on the civil market or are preserved at museums all over Australia. One Orion crashed in April 1991 and three have been scrapped.