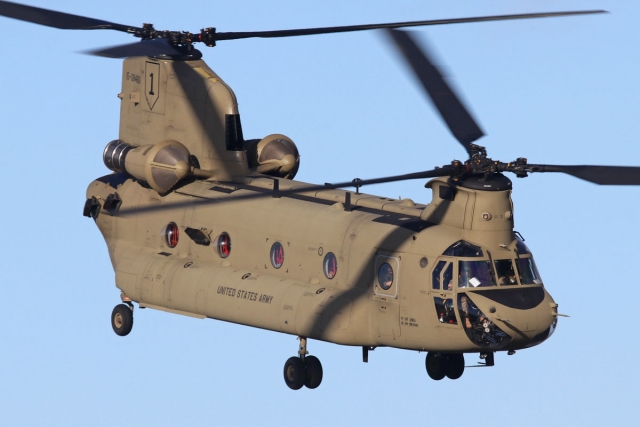 On 20 April 2021, an agreement was reached between the UK Ministry of Defence (MoD) and Boeing about the delivery of fourteen newly built CH-47F Chinook helicopters for the Royal Air Force (RAF).

Due to the impact of the COVID pandemic, deliveries will face a three years delay. No expected delivery time frame was announced yet, except that all fourteen are slated to be delivered before end-2030.

The deal, which is valued at USD 2 billion, includes spare engines, machine guns and radar plus missile-jamming self defence equipment. The new CH-47Fs will replace the oldest Chinook HC6As currently in use, which have been upgraded several times throughout their careers.

The last six Chinook HC4s are currently undergoing conversion to HC6A standard, which is due to be completed later this year. Taking the oldest one still in service as an example, ZA670 was delivered as Chinook HC1 on 9 December 1980. It was converted to Chinook HC2 standard during the mid-1990s, followed by conversion to Chinook HC4 standard in 2010/2011. Finally it was inducted into the Chinook HC6A conversion programme at QinetiQ Boscombe Down in October 2018. It will be re-delivered to the RAF in the near future.

According to the Scramble Magazine database, the RAF currently operates 32 Chinook HC6As while six HC4s are in the process of being converted to HC6A.

The RAF did not report yet on the designation of the CH-47F. This might be Chinook HC7 or Chinook HC8.