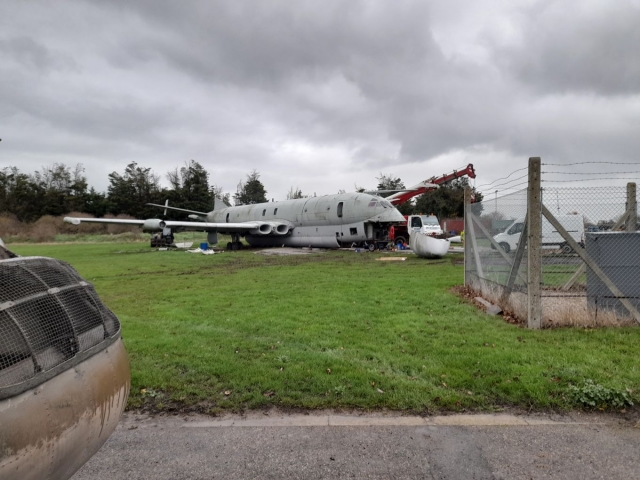 On 30 June 2021, the Royal Air Force said goodbye to an airfield that has served her for more than a century. Manston started its aviation days as a Royal Naval Air Service station in 1916, with a base at Westgate Bay for seaplanes.

One year later Manston airfield had grown to include four underground hangars, its own railway line to Birchington, a power station to generate electricity, barracks for 3,000 men and even an indoor swimming pool. It provided homeland air defence against German Zeppelins and Gotha bombers.

With the formation of the RAF two years later, Manston saw many of the first early flying units, including Number 2, 9 and 48 Squadrons. Many were to follow: 500 County of Kent Squadron, Royal Auxiliary Air Force, 6 Flying Training School, the School of Air Navigation and the School of Technical Training were based there.

Located close to the Channel near Ramsgate in the county of Kent, Manston was almost destroyed during the Battle of Britain. The famous Barnes Wallis arrived there in 1943 to test his bouncing bomb at nearby Reculver, before the Dambusters carried out their famous raid. 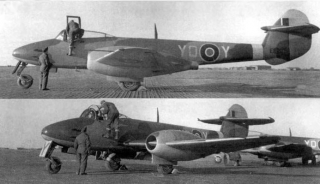 In those days Manston was rebuilt and had the longest and widest runway in Southern England, specifically built to allow badly damaged aircraft returning from Europe a safe haven, with the Fido fog dispersal system to allow landings in any weather. In 1944 the first Gloster Meteors of No.616 Squadron (code ‘YQ’) arrived at Manston, to attack German V-1 flying bombs.

In 1950 the USAF Strategic Air Command arrived and stayed for eight years. In 1960 Manston returned to the RAF as a major diversionary airfield for aircraft in trouble. The Fire Training School was formed to train RAF firemen in everything from aircraft fires to rescuing car crash victims. In those days Manston became a mixed civil/military airfield with 700,000 holiday makers in the first year.

In the mid 1960's the first search and rescue helicopters arrived, as did the air experience squadron in their Chipmunks, giving a first flight to many air cadets. In 1989, Manston, now civilian owned, was renamed Kent International Airport. Ten years later, in 1999, the RAF announced that it would cease its flying activities at the airport. The owner went bankrupt in 2005.

A new owner was found, but the airport was finally closed in 2014. The premises were bought by the British Government and used as a gigantic carpark for British trucks when the European borders were closed as a result of COVID-19 in December 2020. 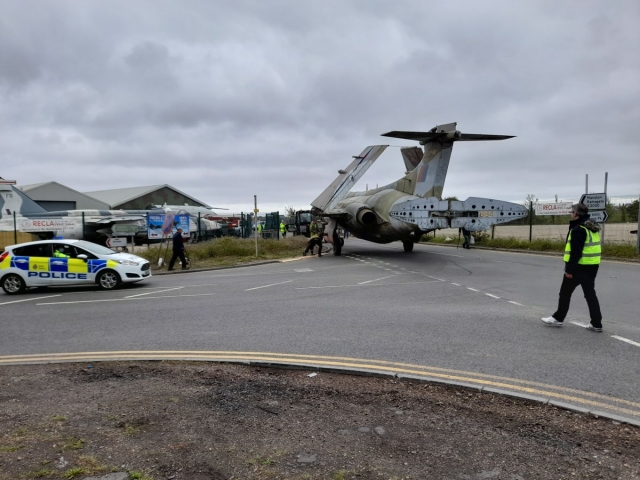 The local Fire Training School owned several aircraft most of which have found a new home. Nimrod XV229 was scrapped in November 2020 but its cockpit was saved and went to the local museum (the RAF Manston History Museum). Westland Wessex I, XV725, is destined for the Morayvia collection.

Furthermore Lynx XZ215 (with the tail of XZ607) recently moved to Spadeadam, but it is unknown what has happened to the other Lynx here, XZ216. The fuselage part of this Lynx AH7 was last seen in June 2019.

Panavia Tornado ZE204 is destined for the Usworth Museum. The destination of Buccaneer S2B XV864 is not so far away: it was towed to the aformentioned RAF Manston History Museum as a welcome new exhibit.