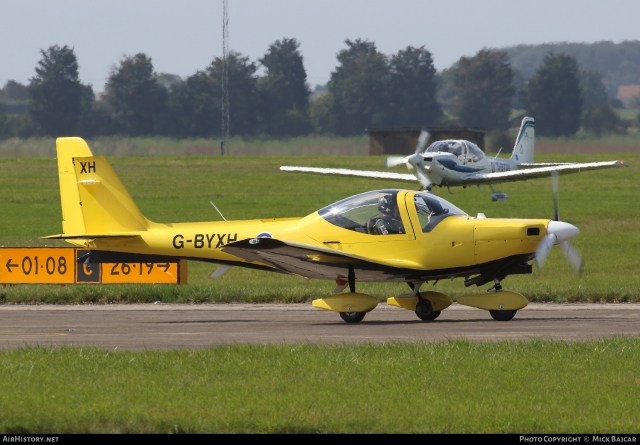 The Royal Air Force (RAF) decided to test a new colour scheme for the Tutor T1 basic training aircraft. On 29 April 2020, G-BYXH returned to RAF Wittering from maintenance at Membury in this black/yellow c/s.

If these new colours will be implemented for the entire fleet depends on the outcome of the trials. Initially it was reported that two more aircraft will receive a similar paintjob for these trials, but no reports have reached us yet so it is unclear if this will take place or not.

On 14 May 2020, the Tutor was passed on to Boscombe Down where it is being used by QinetiQ for validation. On 28 August 2020, the aircraft was transferred from QinetiQ Boscombe Down to RAF Cranwell. The aircraft is still painted in the yellow/black colours which are on trial for possible future application to the entire Tutor fleet to improve visibility.