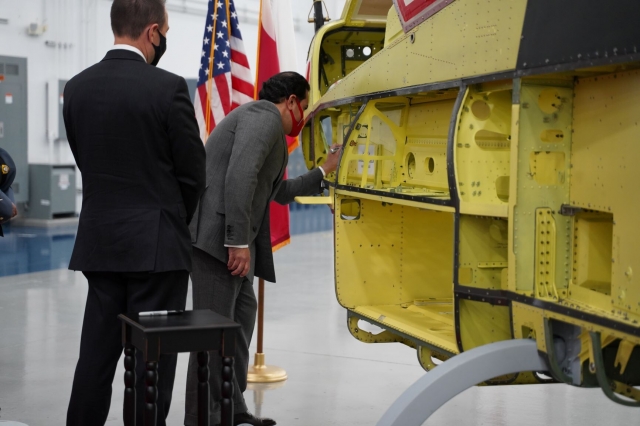 On 12 April 2021, Bell Helicopters at Amarillo (TX) hosted a delegation from the Kingdom of Bahrain to officially mark the start of production of AH-1Z Viper attack helicopters for the Royal Bahraini Air Force (RBAF). The helicopters are built as part of the Foreign Military Sales (FMS) programme.

The USD 240 million modification contract for the manufacture and delivery of twelve AH-1Z Viper (Lot 16) attack helicopters was awarded to Bell Helicopter Textron Inc., Fort Worth (TX) on 7 February 2019. Mid 2018, the US Department of State approved the sale of the attack helicopters to Bahrain.

Besides the Vipers, the deal also includes AGM-114 Hellfire missiles and BAE Systems Advanced Precision Kill Weapon System II guided rockets.The modification contract is part of the original contract, worth USD 912 million. Bell Helicopters expect to deliver the first AH-1Z before the year's end. All work is expected to be completed in August 2022.