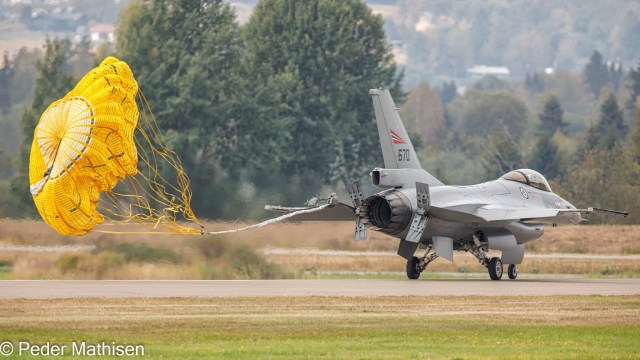 The Luftforsvaret (RNoAF, Royal Norwegian Air Force) will retire its current fleet of F-16AM/BM Fighting Falcons by the end of the year.

According to the proposed 2022 Defence Budget, the Norwegian Ministry of Defence (MoD) stated that from 2022 the Lockheed Martin F-35A Lightning II would be only fixed-wing fighter aircraft in service. At this moment, the RNoAF has 31 operational F-35As, of which 10 are operated by the 62nd Fighter Squadron Spikes at Luke AFB (AZ) for training purposes. Three more Lightning IIs are expected to be delivered to Norway this year.

Norway plans to complete the deliveries of 52 F-35As by the end of 2024, but this might slip a bit due to delayed production and component delays as a result of the COVID-19 pandemic.