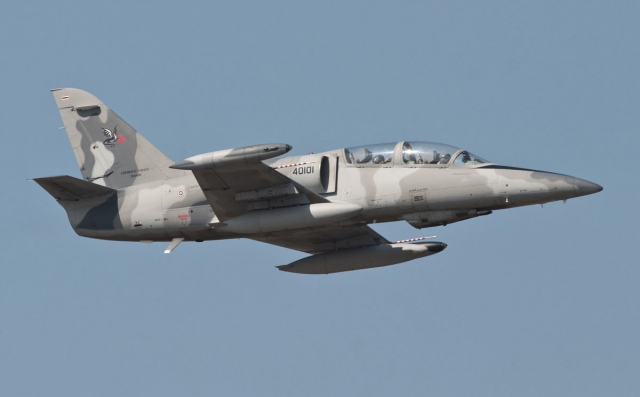 Two aircraft, serials KhF1-11/37/41111 and KhF1-11/37/41120, made a farewell flight and were greeted with a water salute by 411sq upon arrival at their home base. It was reported that only five out of the original 40 delivered aircraft remained operational.

The Aero L-39ZA/ART was operated by the aforementioned 411 Squadron at Chiang Mai and by 401 Squadron Dragon at Takhli air base. This unit replaced the L-39 with the Korea Aerospace Industries T-50TH. The first T-50THs, of which twelve were ordered, were delivered in January 2018. In 2017, 401 Squadron started to transfer L-39s to Chiang Mai.

When the first L-39s were delivered to Thailand in 1993, the aircraft was used by 101 Squadron, 102 Squadron and 401 Squadron. For a more detailed look in the history of these squadrons, have a look at the unique Scramble Magazine Historical Air Order of Battle. 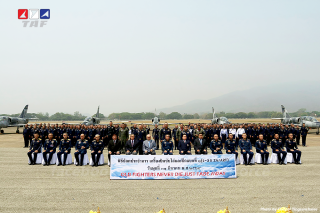 It is reported that the L-39s will be replaced with the Beechcraft AT-6TH Wolverine. The RTAF will procure twelve aircraft and an order for the first eight aircraft is expected to be signed this year. Expected delivery has not been mentioned, but it is anticipated that 411 Squadron will return to service in 2-3 years.

In September 2020, the RTAF ordered the T-6TH Texan II for use as their new training aicraft and these will replace the Pilatus PC-9s operated by the Flying Training School. The contract is for twelve aircraft, ground-based training systems for pilots and maintenance professionals, a mission planning and debrief system, spare parts and ground support equipment.