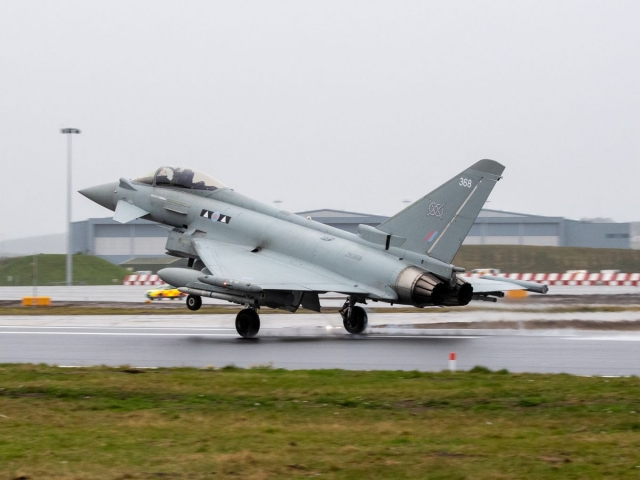 Runway works at RAF Lossiemouth are partially completed, aircraft are able to return

On 12 October 2020, work to resurface the runways at RAF Lossiemouth (United Kingdom) are partially completed, so aircraft were able to return to their home base, as the Royal Air Force (RAF) reports. In August 2019, the Defence Infrastructure Organisation (DIO) awarded a £75 million (USD 97 million) contract for the airfield operating surfaces project to VolkerFitzpatrick. The company started in May 2020 with the work, and aircraft continued to operate from the base. However, a short period of relocation was needed while the intersection between the station’s two runways was resurfaced. This started in August 2020 and saw the RAF's new P-8A Poseidon MRA1 being delivered to nearby Kinloss Barracks and operating from there. The Lossiemouth’s Typhoons also operated from Kinloss Barracks as well as Leuchars Station (Scotland).

The resurfacing works continued day and night, and seven days a week to allow the aircraft and their crews to realize a quick return to Lossie.

The first aircraft to land and use the newly-resurfaced intersection was a Typhoon FGR4 returning from a training sortie on the currently running Exercise Joint Warrior, having taken off from Leuchars. The return of the Typhoons will be followed by the arrival of the Poseidon MRA1 on 13 October 2020. The RAF currently has two P-8As with a further seven on order from manufacturer Boeing.

Home to four fast-jet squadrons flying the Typhoon FGR4, being 1(F)sq, II(AC)sq, 6sq and IX(B)sq, it has been some time since Lossiemouth has regularly operated a larger aircraft such as the P-8A. Besides the runway repair, many improvements were made to the base: future-proofing, improvements to the accommodation for personnel, a new Air Traffic Control Tower, upgrades to drainage and electrical supplies, and upgraded facilities for IX (Bomber) Squadron. The whole project, worth £400 million (USD 519 million) is expected to be complete mid-2021.