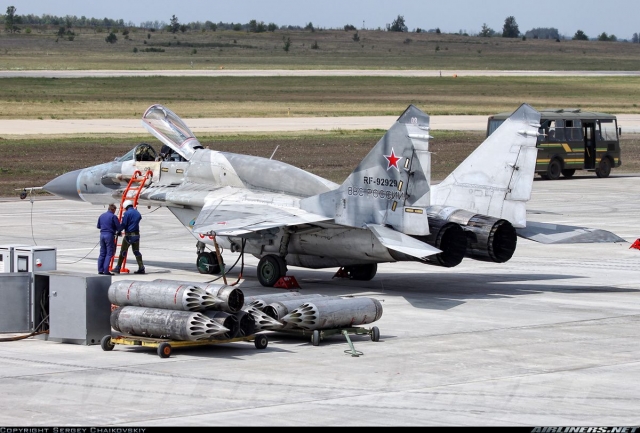 Early January 2021, possibly on the 7th or 8th, Russian military hardware arrived in Syria. It is reported that up to six MiG-29s, accompanied with two Il-76s, were flown to the Russian air base Khmeimin, while other army weapons have arrived in Tartus port as the Lebanese news agency Al-Masdar News and the Russian online media Aviapro report.

As in June 2020, a flight of up to twelve MiG-29s and four Su-24s were flown from Russia via Iran to Khmeimin. All external markings of these aircraft were removed. After arrival in Syria, most, if not all fighters continued their route to Libya. These aircraft started to support the Wagner Group, the Russian private military company, that is active in the Libyan civil war.

This time, the MiG-29s, most probably SMT versions equipped with the distinctive 'humpback', were carrying normal Russian markings. Scramble Magazine assesses that there are multiple options for this new arrival.

First, it is very likely that the MiG-29s are deployed to Syria in support of the Special Purpose Aviation Brigade (SPAB) at Khmeimin. The SPAB rotates on a regular basis its aviation assets (Su-24s, Su-25s, Su-30s, Su-34s, Su-35s, Mi-35s, Mi-8/-171s as well as force multipliers as the Il-20/-38, A-50 and An-30 and transportaircraft like the Il-76, An-124). The MiG-29SMTs (that time from Astrakhan air base) were earlier noted in Syria in the second half of 2017. So, it is well possible that the regular fighter units that deployed through the years to Syria are worn down in all rotations, and that the MiG-29 unit was commanded to relieve some of the Sukhoi's.
Secondly, as the MiG-29s are not the most modern aircraft in the Russian Air Force anymore, it is very well possible that the MiG-29SMTs are becoming surplus and they will be transferred to the Syrian Arab Air Force (SyAAF).
Third, like the former batch of MiG-29s and Su-24s, the aircraft will again find their way to Libya to support the Wagner Group.
Fourth, the MiG-29s will continue their route to the Central African Republic. Just recently, Russia deployed four Mi-8MTVs to this African country to support the local government.
Fifth, the MiG-29s are on a delivery flight to an African country (like Sudan). 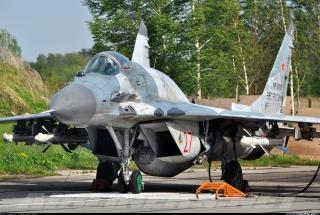 Aviapro wrote that their sources confirmed that the six MiGs are destined for the SyAAF and they claim that Syria has received multiple surplus Russian MiG-29s, two Su-24s as well as some assault and attack helicopters in recent months. Scramble is not able to confirm these transfers.