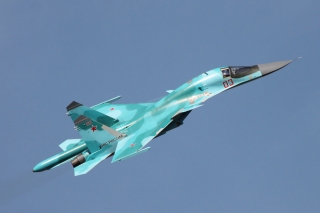 Sources in the Ministry of Defence of the Russian Federation confirmed that the Russian Federation - Aerospace Forces (RF VKS) 47th Mixed Air Regiment (47th OSAP) armed with Su-34 tactical bombers will return to Baltimor air force base near the city of Voronezh in October 2020. From here, the Su-34 will be able to operate in the west and south of Russia, strengthening the Russian units in the Crimea, the Caucasus and the Black Sea. Currently, the military unit is temporary based at Buturlinovka airfield, some 175 km southeast of Voronezh, where it was relocated several years ago.

In the meantime, Baltimor air force base (originally called Voronezh-B) underwent a radical modernisation. The reconstruction started in 2013 at a cost of more than 9 billion rubles (USD 120 million), with all facilities having been demolished and built anew, including aircraft shelters and warehouses for high-precision weapons. Initially, Baltimor air force base was intended to become a huge base for more than 200 aircraft, with two full-length (3,600 metre) runways and significantly expanded parking areas, as one of eight planned superbases to concentrate the whole Russian combat aviation. However, a few years later the idea of superbases has been abandoned and Baltimor has been recreated in a more modest way, with only one extended-range runway next to the old one.

After the completion of the reconstruction of the airbase by 2023-2024, the construction is planned for a new residential town for pilots and their families, as well as barracks and a vehicle base for auxiliary units. In the future, the combat regiment will be sharing the Baltimor base with two training squadrons of the Zhukovsky-Gagarin Air Force Academy currently located in Borisoglebsk (Yak-130s) and Balashov (An-26s).

The 47th OSAP was the first combat unit to receive series Su-34 aircraft, shortly before they were forced to move from Baltimor to Buturlinovka base. However, the characteristics of the runway in Buturlinovka does not allow the rather heavy planes to be used in a fully loaded and fueled configuration, which significantly reduces the combat capabilities of the aircraft. The modernised Baltimor air base will not have such restrictions. 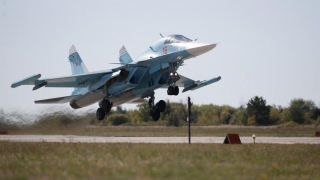