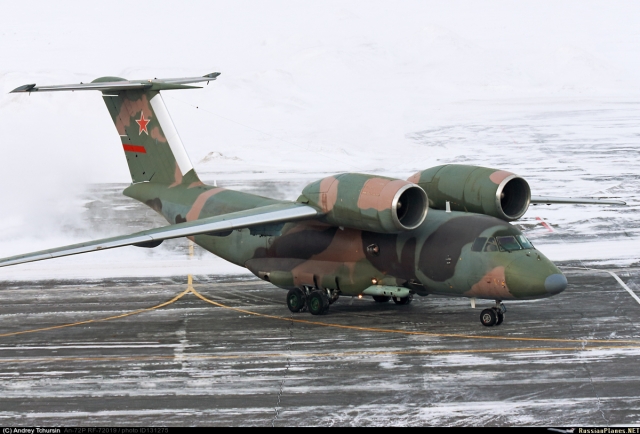 The Russian Ministry of Defence has adjusted the requirements for a special purpose strike aircraft developed on the basis of a military transport aircraft.

Sources in the military-industrial complex stated that in addition to the 57mm automatic cannon, the arsenal of a future Russian flying gunship shall also include guided bombs and missiles. Previously, it was assumed that the future attack military (transport) aircraft would only be armed with artillery systems (like the US AC-130) but the addition of guided ammunition now should turn the platform into a full-fledged attack aircraft capable of hitting ground targets day and night in any weather.

For years, the Russian military has been missing a special mission gunship which would provide a direct support of the troops on the battlefield. With artillery fire and ammunition strikes, the gunship is able to destroy enemy infantry, fortifications and armoured vehicles in any weather conditions.

Currently, the most prominent aircraft with this role is the AC-130W Stinger II and the AC-130J Ghostrider of the US Air Force. Other companies have also introduced their own aircraft, such as the ATK AC-235 gunship for Royal Jordanian AF or the ATK/Leonardo MC-27J with palletized mission kits.

The first contract forResearch and Development (R&D) work on the original Night Hunter project was signed between the Ministry of Defence and PJSC Ilyushin back in 2016 with the goal to investigate feasibility of creating an aircraft armed with artillery systems. The preliminary R&D works were completed by December 2017 and new plans to create such aircraft were announced in the summer of 2019.

At the first stage of research, the plans called for logically the conversion of an An-12 transport aircraft for such role, with two 57mm automatic cannons installed. Nevertheless, later studies confirmed that the An-12 did not quite meet the set requirements and also that there was no confidence that such a machine was really required by the Russian armed forces.

According to Russian military analysts, the Americans created their AC-130 as a support for the special operations in low intensity conflicts against guerrilla units and militants, but they are unsuitable for a full scale war with a well equipped enemy which is still the primary Russian doctrine.

The flying gunships became famous during the Vietnam War in the late 1960s where the USAF rushed into service a range of strike versions of the C-47 Dakota, C-119 Flying Boxcar and C-130 Hercules cargo haulers. These aircraft were able to circle around the battlefield, patrol in the air for a long time and continuously fire at targets from large calibre cannons and machine guns. In speed, range and firepower they were noticeably superior to the helicopters of that era.

But already in the early 1970s, these aircraft began to suffer serious losses. Vietnamese Anti-Aircraft Artillery (AAA), surface to air missiles (SAM) and Man Portable Air Defense Systems  (MANPADS) managed to shoot down six AC-130A Gunships of the 16th Special Operations Squadron and a some dozen of AC-47D Spooky gunships. Nevertheless, the use and further development of these specialized mission aircraft continued and they were actively and very succesfully deployed in the recent US wars in Afghanistan, Somalia, Syria and Iraq, as well as in the anti-terrorist operations in the Middle East.

Today, the most modern incarnation of this aircraft type is the AC-130J/Ws, armed with the venerable M102 105mm howitzer complemented by a GAU-23/A 30mm autocannon, Gunslinger systems with launch tubes for AIM-176 Griffin missiles and GBU-44/B glide bombs. The US Marine Corps introduced the KC-130J Harvest Hawk, with extra wing pylons for AGM-114 Hellfires, GBU-39 SDB and GBU-53/B SBD-II bombs. 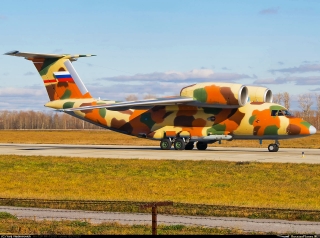 Russian experience with a gunship is much more modest, and limited to slightly modified Antonov An-72P patrol aircraft. Several pieces of which have entered the border service in the Far East. These aircraft are equipped with an Israeli EL/M-2022A search radar and carry an GSh-23L twin-barrel 23mm cannon, as well as UB-32 pods firing 57mm unguided rockets.

In the Soviet times, experiments were carried out to arm military transport aircraft, but they did not receive much development. With thousands of tactical bombers, attack aircraft and fighters in the inventory, a specialized anti-guerrilla aircraft was deemed unnecessary. But in recent years, many samples of short-range high-precision weapons have been created to arm manned and unmanned aircraft. Some samples have already been tested in combat conditions in Syria. Two models of rapid-fire 57mm cannons have also been developed to equip ground combat vehicles and APCs. Such weapons may well be used for the future military gunship of the Russian VKS.

Scramble Magazine assesses that the new built Ilyushin Il-112V might be a good option to be further developed as a Gunship. However, time will tell. 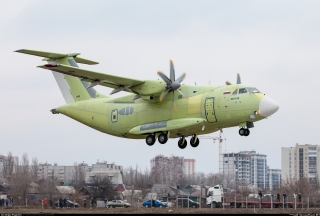