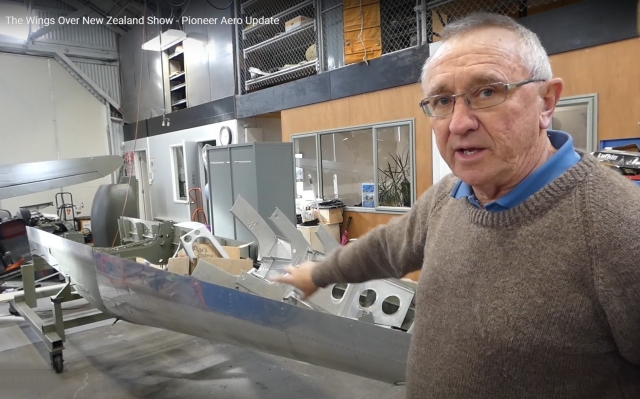 Scoop: P-40 for the Netherlands!

During an interview with Wings over New Zealand, Mr. Paul McSweeny revealed that his company Pioneer Aero Ltd. is restoring/rebuilding a Curtiss P-40 destined for the Netherlands. The P-40E Kittyhawk was supplied under Lend-Lease by the United States to the (VVS, Russian Air Force) during WW II. The fighter, with serial White 25, was salvaged in Russia.

The Curtiss is destined for a group that is called Dutch Warbird Foundation. As can be seen on the still from said interview, the project is still in an early phase.

McSweeny mentioned that the “Dutch” P-40 possibly came from the same batch as another P-40E in their hangar. This machine, 41-13570 (c/n 16786), is former VVS White 51, and was also salvaged in Russia. It almost ready to fly (as ZK-MOM), painted in early WW II USAAC colours. When finished, it will then be shipped to its new, Italian, owner.

He, Claudio Coltri, will have to take care of the official (European) EASA certification, as ZK-MOM will only be officially certified by the New Zealand Authorities. The Dutch Warbird Foundation may well benefit in the future from the expertise gained by Coltri in this process.

To face the increasing Japanese threat, the Militaire Luchtvaart-Koninklijk Nederlands Indisch Leger (ML-KNIL, Royal Netherlands Indies Army Air Corps) bought 140 Curtiss P-40Es. Although these were already paid for, they were not yet delivered when the Japanese advanced. 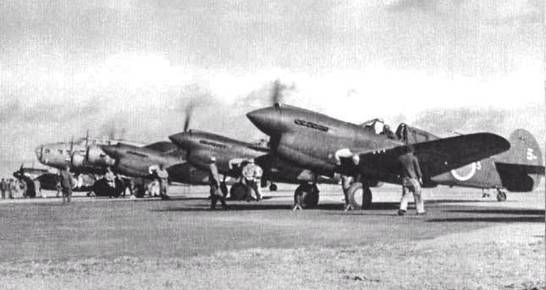 Ultimately, 27 P-40Es that were destined for the RAF were shipped on board S.S. Sea Witch from Australia to Java. After arrival the fighters were transported by rail: fifteen to Andir and twelve to Tasikmalaja. Most of these were wrecked by own troops as the Japanese advanced, but at least three of them are known to have been captured and flown by the Japanese. (see B/W photo)

The use of the E model of the Curtiss fighter by Dutch forces is not so commonly known as that of the later P-40Ns. These were flown by Dutch pilots from Australian soil at the end of WW II and later on during the Policing Actions against Indonesia.