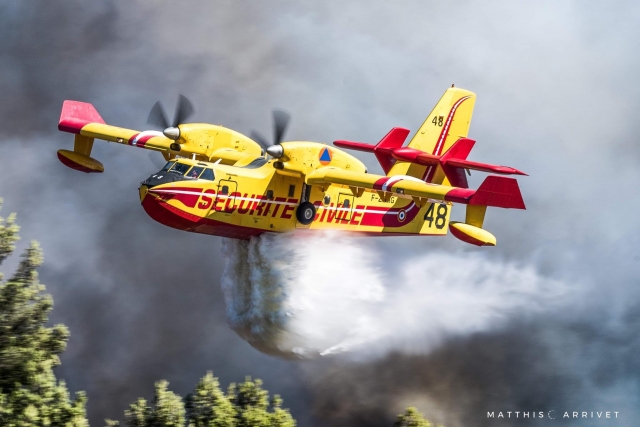 Contributor Matthis Arrivet kindly shared a set of stunning and spectaculair pictures of Canadair CL-415s of the Sécurité Civile dropping tons of water on top of a fire in Southern France on 23 August 2020.

Six CL-415 Super Scoopers, two helicopters, and some 250 fire fighters on the ground, battled to extinguish a fire that started near a highway in Feu de Vitrolles. Around 200 houses had to be evacuated and two houses were badly damaged.

Sécurité Civile aircraft operate for the Rescue operation and civil-military cooperation branch under the Groupement des Moyens Aériens Sécurité Civile (Aerial Group). The aircraft carry the title Securite Civile on the fuselage sides, together with the international civil defence symbol. 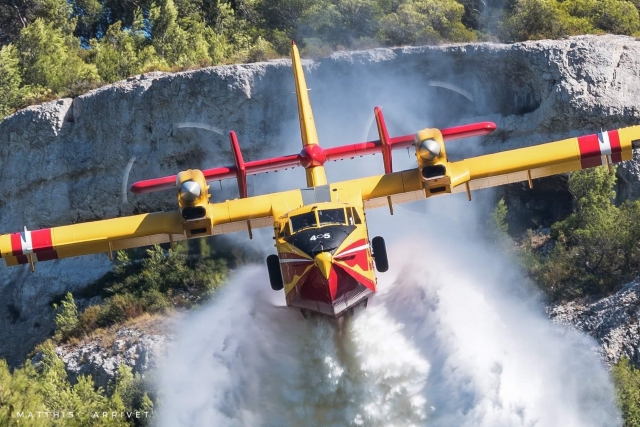 France was the first nation to commit to the CL-415 "Superscoop" in 1992. The fleet of consists of twelve Canadair (later Bombardier) CL-415s, each waterbomber is able to drop 6,137 liters (1,350 imp gal; 1,621 US gal). Next to the CL-415s, the Securite Civile operates four Bombardier Dash 8 aircraft, three Beechcraft Super King Air 200s, and 34 EC145 helicopters. The fleet of S-2T Rurbo Firecats were grounded in February 2020, accelerating the withdrawal of the type. 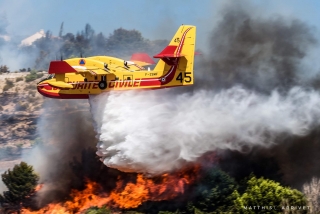 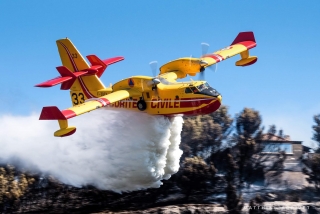 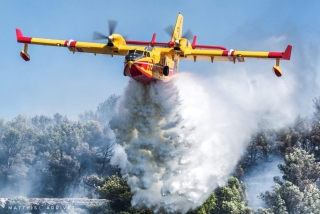