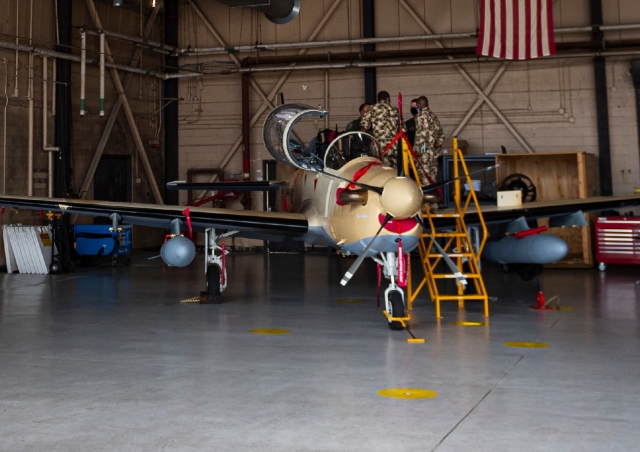 On 9 November 2020, the Nigerian Chief of Air Staff, Sadique Abubakar, stated that six Sierra Nevada/Embraer A-29B Super Tucano aircraft will soon be delivered to Nigeria from the United States.

At this moment Scramble Magazine is not aware of any shipments from Sierra Nevada/Embraer's Jacksonville (FL) production facility plant to Nigeria, but assesses that it might well be possible. Earlier it was stated that first deliveries to the Nigerian Air Force (NAF) were scheduled for 2021.

On 16 April 2020, the first A-29B Super Tucano destined for the Nigerian Air Force took the skies for its inaugural flight.

The Super Tucano Close Air Support (CAS) aircraft are part of a dozen sold to Nigeria by the US to aid combat actions and air assaults to fight insurgency.

Nigerian Super Tucanos will be based at Kainji Air Base. With help from the US, the NAF started at Kainji with upgrades and renovation work last August and include a new airfield hot cargo pad, perimeter and security fencing, munitions assembly and storage, small arms storage, a flight annex wing building for simulator training, airfield lighting, and various airfield apron, parking, hangar, and entry control point improvements. Kainji Air Base is located near the city of New Bussa, is named after the Kainji Lake which is situated nearby.

On 6 October 2020, NAF Air Vice Marshall Sule Lawal, the Nigerian A-29 programme lead foreign liaison officer, and other NAF officials visited Moody AFB (GA). At Moody, the 81st Fighter Squadron conducts combat training for NAF pilots and maintainers for the Super Tucano. NAF representatives were able take a close look at the state of affairs as well to discuss the future of the programme and meet with NAF students. 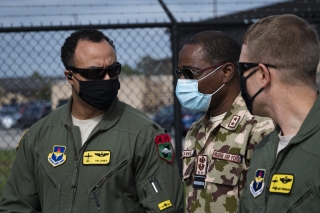 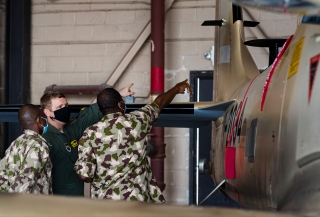