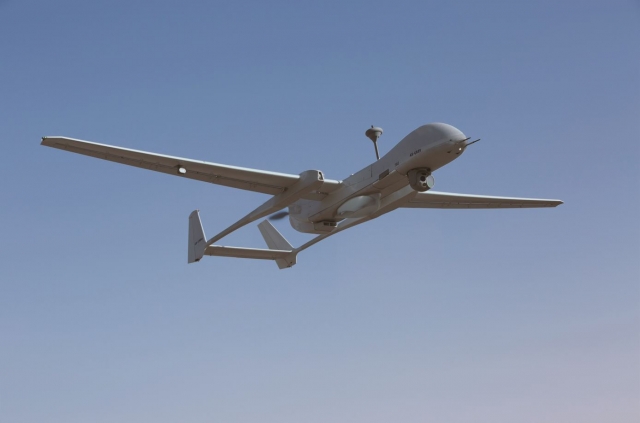 This year the Heyl Ha’Avir (IAF, Israeli Air Force) will break a new record in the use of its Unmanned (Combat) Aerial Systems (UCAS). In 2020, 80 % of the IAF's flight hours were performed by different types of UAS and UCAS.

The IAF is using a very large fleet of UAS/UCAS to perform a long list of missions. Foreign media reports that allegedly that the air force used UCAS's to perform missile attacks. The last such report claimed that an Israeli UCAS attacked and destroyed a vehicle on the Syrian side of the Golan border. Israel has never confirmed this.

The air force is determined to transfer more missions performed today by manned aircraft to its growing fleet of unmanned systems. The increased use of UAS/UCAS results in the installation of more payloads on these aerial vehicles. Just recently, the IAF announced the establishment of a 'UAS weapon systems department.'

The very extensive use of the UAS’s is resulting in the demand for more advanced versions. New UAS's are under development, others are already flying but are still highly classified. Two unclassified systems are the advanced versions of the company's Heron Mk.I/Heron TP and the Heron Mk.II, which is now being considered by the IAF.

The Heron Mk.II is powered by a Rotax 915 IF engine. This engine, according to IAI, has been adapted specifically to the operational needs of the new UAS. It allows the Mk.II to reach a ceiling of 35,000 feet and a max speed of 140 kts.