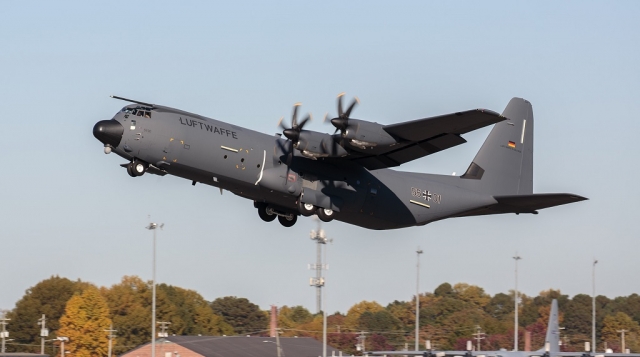 The C-130J-30 is the first of six aircraft, three C-130J-30s and three KC-130Js, that will be delivered between the end of this year and 2023 to the GAF and will be based at Base Aérienne 105 (BA105) Evreux/Fauville (France, Normandy) where it will join the new Franco-German Lockheed C-130J Super Hercules squadron. If you have more information on the new unit, please contact us at This email address is being protected from spambots. You need JavaScript enabled to view it. 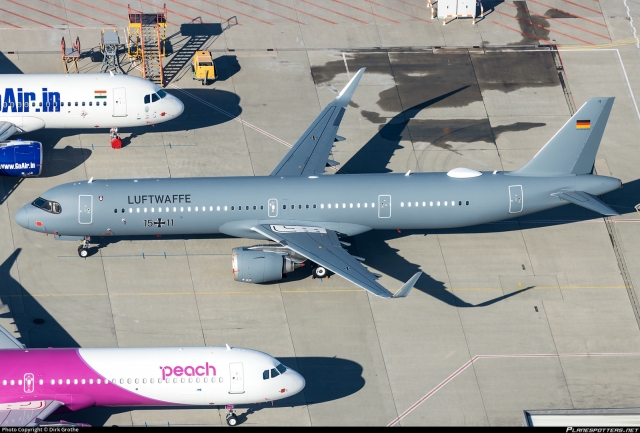 On 7 September 2021, Scramble Magazine reported on the first A321neo that was seen in a overall grey colourscheme with Luftwaffe titles.

In July 2020, the GAF signed a contract with Lufthansa Technik for the the procurement of the two Airbus A321Neo's. The aircraft will be modified with additional fuel tanks and the possibility of easy conversion of (part of) the cabin to a medical or mixed configuration.

The modification programme is expected to be completed in the first quarter of 2022 after which the aircraft will be delivered to Flugbereitschaft des Bundesministeriums der Verteidigung (FBS BMVg) at Köln-Bonn/Wahn.

Photos by Lockheed Martin/Luftwaffe and Dirk Grothe via Planespotters.net