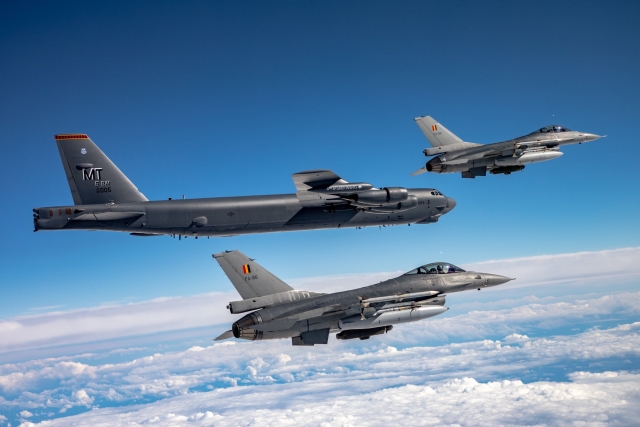 United States and Russia; ‘Sabre-rattling by the Superpowers’

The sending of six B-52s with callsign "NATO" was actually the answer to the finale of the Russian Naval exercise Ocean Shield.

The all NATO single-day mission titled "Allied Sky" included six B-52Hs, all from Minot AFB (ND), albeit four of them were already deployed as Bomber Task Force (BTF) to RAF Fairford (UK). The Stratofortress strategic bombers flew over all thirty NATO nations in Europe and North America. Almost simultaneously, Russian Naval aviation, as part of the finale for the "Ocean Shield 2020" exercise, conducted multiple missions. 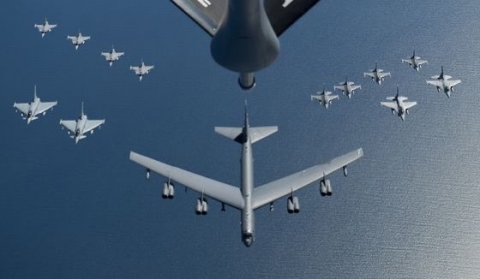 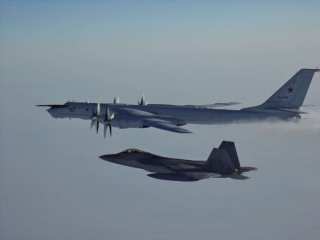 As for the "Allied Sky" mission. Multiple NATO jet fighters flew alongside the B-52Hs for a photo opportunity. One minor incident occurred during the mission. It was stated that two Russian Su-27 Flanker pilots intercepted a B-52 bomber that was conducting routine operations over international waters at the Black Sea. The Russian pilots flew in an unsafe and unprofessional manner while crossing within 100 feet of the nose of the B-52 multiple times at co-altitude and while in afterburner causing turbulence and restricting the B-52's ability to manoeuvre. 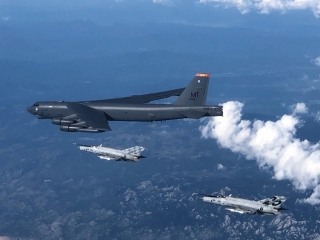 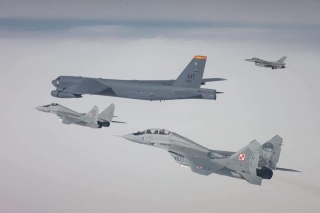 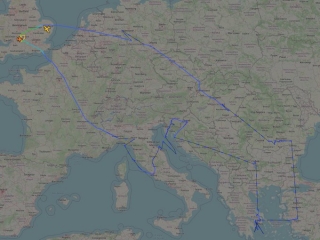 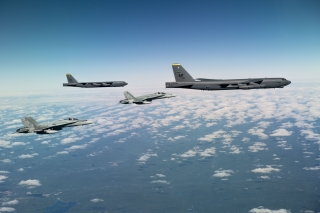 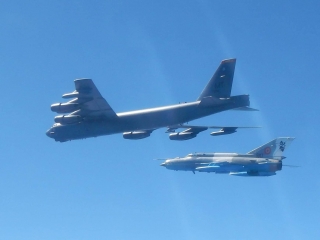 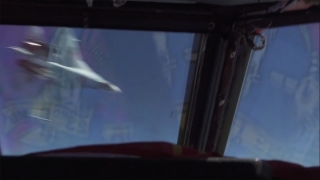