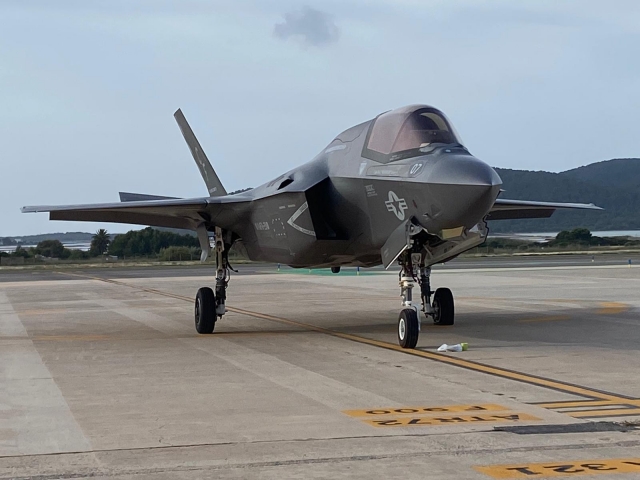 The Lightning was launched from HMS Queen Elizabeth but had to conduct an emergency landing at Ibiza as a precautionary measure. The British aircraft carrier, on which the USMC squadron is temporarly deployed, and her Carrier Strike Group are currently at sea in that area.

The reason for the diversion to the party island was a puncture of the left hand tyre. Obviously, landing on a long runway on land has the preference over a short one on a carrier.

HMS Queen Elizabeth is the deployed flag ship for Carrier Strike Group 21 (CSG-21), a deployment that will see the ship and her escorts sail to the Asia-Pacific region and back.

CSG-21 will see the ship along with the Strike Group work with over forty countries from around the world, and will operate and exercise with other countries Navies and Air Forces during the seven month deployment.