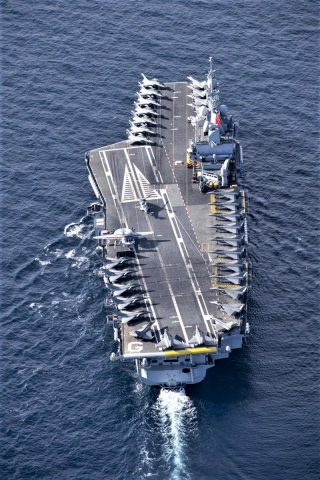 The French Ministry of Defense announced that Charles de Gaulle (R91), the French nuclear aircraft carrier, will deploy during the first half of this year. The cruise will bring the carrier and its Air Wing (equipped with Rafales, Hawkeyes and Dauphins) to the eastern Mediterranean, Red Sea, North Arabian Gulf, possibly the Persian Gulf as well as the Indian Ocean. The deployment will be carried out in support of the international coalition operations within Operation Inherent Resolve, the international military operation to fight terrorism led by the United States against the Islamic State (ISIS) in Iraq and Syria.

The CdG deployment is its first mission undertaken since the beginning of 2020, when nearly two-thirds of its crew were infected with the emerging coronavirus.