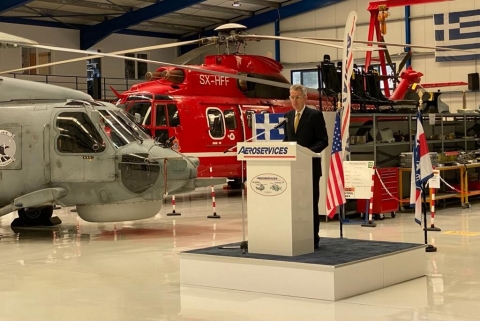 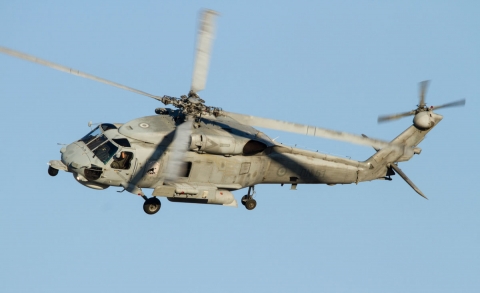 On 6 May 2021, Lockheed Martin handed over the first upgraded Sikorksy S-70B 'Aegean Hawk' to the Hellenic Navy Air Command. Aeroservices, a certified repair company for Sikorsky helicopters, has carried out repair, inspection, maintenance and upgrade work on the helicopter. The S-70B is the first of eleven Aegean Hawks operated by the Hellenic Navy to be upgraded.

At the helicopter delivery ceremony, US Ambassador to Greece Geoffrey Pyatt said: “It’s incredibly exciting to get this Hellenic Navy helicopter back in the air, and I want to congratulate the whole team of professionals at Aeroservices for their achievement.”

In October 2020, Scramble Magazine reported on the Foreign Military Sales (FMS) order for four MH-60R Seahawks for Greece. The US Naval Air Systems Command ordered the helicopters on 26 October 2020. The quartet is worth USD 194 million and also includes three airborne low-frequency sonar systems to be used by the Seahawks. The four Seahawks will be delivered by February 2025.

In November 2020, Greece has exercised an option to buy three more MH-60R anti-submarine warfare helicopters taking the total order to seven besides requesting the United States to accelerate delivery of the first three to 2021.

It is reported that the seven MH-60Rs will be delivered by the end of this year and in early 2022. Scramble Magazine assesses this can only be accomplished by diverting existing orders from the US Navy production line to Greece.