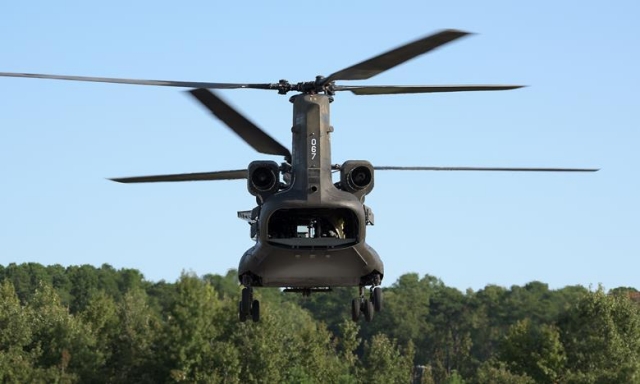 On 22 September 2020, the US Army Combat Capabilities Development Command Aviation & Missile Center achieved its first flight of a Chinook with General Electric Aviation’s (GE) T408 engines from Fort Eustis (VA). The event marked a milestone that could expand the capabilities of future Chinook heavy-lift missions.

The engine in combination with the Chinook is a result of a five-year Research and Development programme that evaluated the feasibility and benefits of higher-power engines while assessing and reducing the technical risks of integrating advanced engines in a Chinook. It also supports the Army Future Vertical Lift modernization priority.

Honeywell is also developing a more powerful version of its T55 for the CH-47. That engine is dubbed the T55-GA-714C and it generates 6,000hp. The company only announced a development agreement with the US Army in June 2020 and its turboshaft generates 25% less power than GE’s proposed engine. However, Honeywell claims the T55-GA-714C is more fuel efficient and would be easier to install because it does not require airframe changes.

The first flight only consisted out of a hover and pedal turn testing to assess multiple critical aircraft parameters supported by live telemetry.

Future flights of course will include forward flight maneuvers at several gross weight configurations. Flight tests are anticipated through the end of the year, including a flight demonstration event for Army and industry senior leaders. The outcome of the programme will determine the feasibility and reduction of risk with operating the CH-47 Chinook with a more powerful turboshaft engine. Boeing and General Electric will offer the new engine as an upgrade to excisting airframes too, so current CH-47F could be modified.