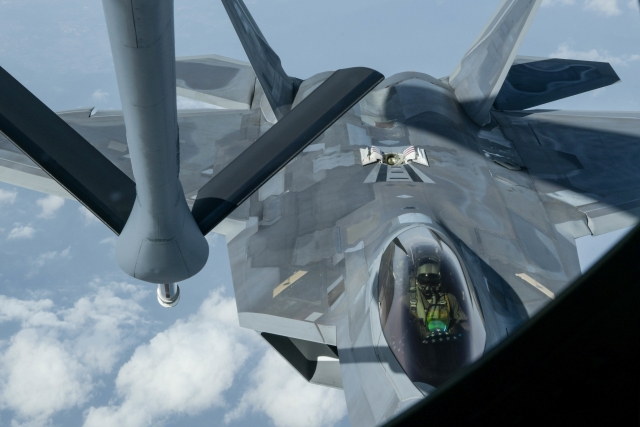 After a thorough Environmental Impact Statement (EIS) research, the US Air Force has now made choices regarding the beddown of Fifth Generation Formal Training Units (FTU).

Two Air Force Bases have been chosen to gain or augment FTUs. The first action is to permanently beddown the F-22 FTU mission that is temporarily operating at Eglin AFB (FL) due to Hurricane Michael’s devastation of nearby Tyndall AFB (FL), at Joint Base Langley-Eustis (JBLE) (VA).

Caused by Hurricane Michael in October 2018, the USAF displaced the Air Force’s only F-22 FTU, consisting of 31 43rd Fighter Squadron F-22A Raptors and 17 2nd Fighter Training Squadron T-38 Talons, to Eglin. Some of Tyndall's 325th Fighter Wing Raptors were redistributed to other F-22 units. While the 95th Fighter Squadron seems to be dissolved, it is expected to become a F-35 Lightning II unit at Tyndall.

With the F-22 FTU mission to leave Eglin in the foreseeable future, another action will be the beddown of a second USAF F-35A FTU squadron at the base. This new training squadron would be made up of 26 F-35A Lightning IIs. Besides the already based 58th Fighter Squadron, this could see the resurrection of the 60th Fighter Squadron. The latter squadron was inactivated on 1 January 2009.