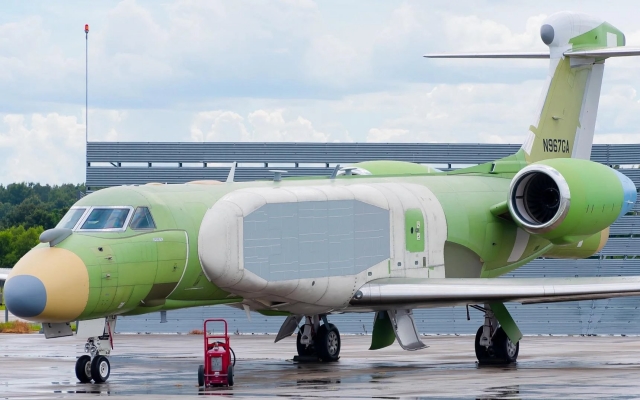 How little did we know when we were the first to publish a photo of USAF's first Gulfstream EC-37B Compass Call II in the Scramble Magazine issue from September 2021. At this moment it is not known if the "Compass Call II" name will officially be introduced by the USAF.

Scramble can now confirm that the photo of the Gulfstream G550 Conformal Airborne Early Warning (CAEW) aircraft, which made a rare appearance outside of its hangar at Savannah-Hilton Head International Airport (GA) at the end of August 2021, was the first USAF EC-37B. Having spent most of its life on the ground in hangars while undergoing extensive airframe modifications, future EC-37B, with US civil registration N967GA (c/n 5567), is currently registered with GULFSTREAM AEROSPACE CORP. Savannah (GA).

Earlier, Scramble Magazine wrote that BAE Systems was working with L3 Technologies to transform the EC-130H's "Compass Call" capabilities onto a Gulfstream EC-37B aircraft (See 1*). With the first flight on 6 October 2021, this now seems largely to have been materialised for the first aircraft which was built already in 2017. 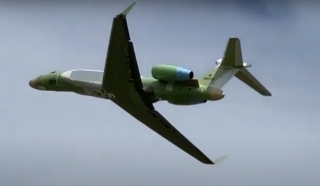 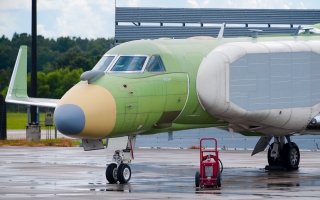