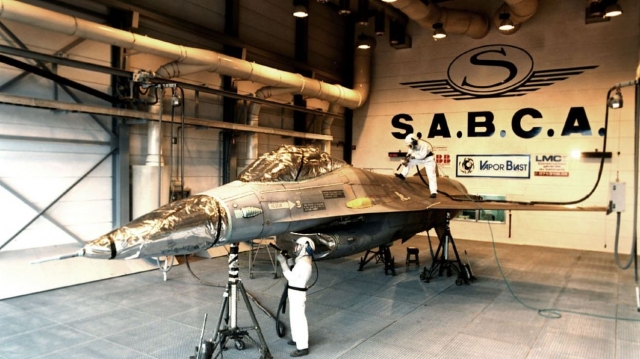 Although the oldest based US Air Forces in Europe (USAFE) F-16s are near and over thirty years of age, Belgian SABCA wins a new order to service them.

The Gosselies site of Société Anonyme Belge de Constructions Aéronautiques (SABCA), co-located at Brussels South-Charleroi Airport (Belgium), has been awarded by the USAF with a new five-years indefinite delivery contract (With an option of renewable five years) for depot-level maintenance support to the USAFE F-16 fleet.

At first glance, it does not seem that special as SABCA has already won previous contracts for the maintenance of USAFE F-16s and A-10s. But appearances can be deceiving. In recent years, little to none USAFE F-16s have been swapped with those based in the Continental United States (CONUS). With this latest contract, it appears that the USAF is now consciously choosing not to return the approximately eighty F-16s based on the mainland of Europe to the US for maintenance.

In ten years time, the lifespan of many of these Fighting Falcons will exceed forty years. Strikingly, the contract includes scheduled and unscheduled maintenance of the 31st Fighter Wing (Aviano, Italy) and 52nd Fighter Wing (Spangdahlem, Germany) based F-16s, an aircraft life extension programme from 8,000 to 12,000 flight hours and ongoing technical assistance support for the F-16 at either Aviano or Spangdahlem. While in recent years multiple USAFE F-16C/D's have received an overhaul at SABCA, frequently we saw even CONUS based Fighting Falcons been flown to Belgium for likewise maintenance. This was sometimes directly from the USA, but the flight to Gosselies was also performed after the conclusion of a USAF deployment to the Middle East or Afghanistan.

The F-16C/D fleet is expected to reach its maximum number of flight hours soon, so good maintenance is more necessary as ever. Scramble assesses that the first USAFE F-16C/D squadrons will have their aircraft replaced in the late 2020s by most probably F-35s.

Just recently, the USAF started with a clean-sheet study for a new Tactical Aircraft (TacAir) fighter (See Scramble News 25 February 2021). That new aircraft will possibly developed to replace the Fighting Falcon and becomes available from the mid-to-late 2030s. 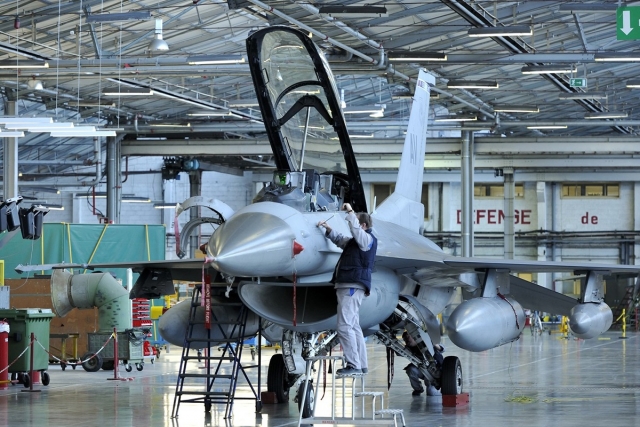 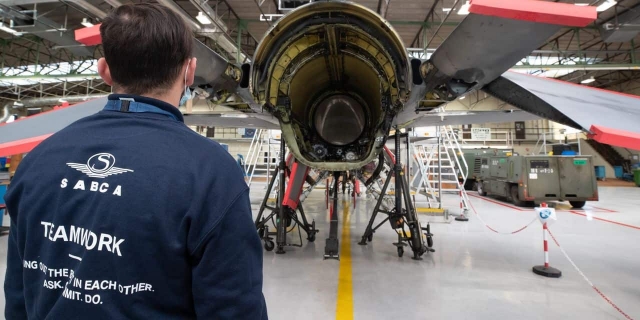