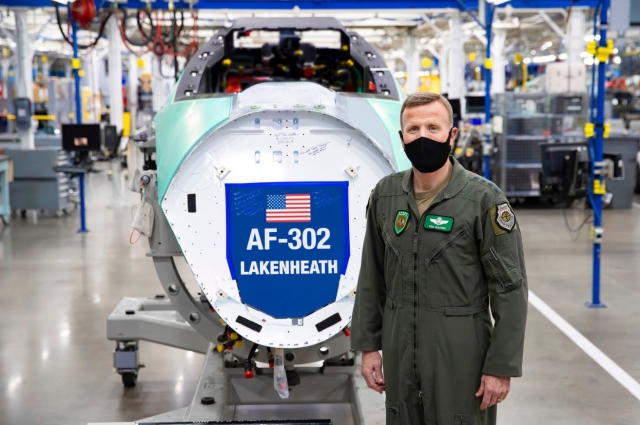 The USAF officially released a photo of the first F-35A Lightning II (construction number AF-302) for the 495th Fighter Squadron Valkyries. The squadron is part of the 48th Fighter Wing based at RAF Lakenheath (UK).

The 48th FW solicited help from the public to name the unit. With more than 700 different suggestions received in the fall of 2020, five finalists remained. In December 2020, an opinion poll attracted thousands of votes. On 16 February 2021, the USAF reported that the new nickname for the first USAF overseas-based F-35A Lightning II squadron, 495th FS, has been chosen.

In September 2020, the head of USAF Europe, Gen. Jeffrey L. Harrigian, mentioned that he was still convinced that the F-35As will arrive on time in late 2021 at RAF Lakenheath, despite the delays to military construction and a possible slowdown in aircraft deliveries because of COVID-19.