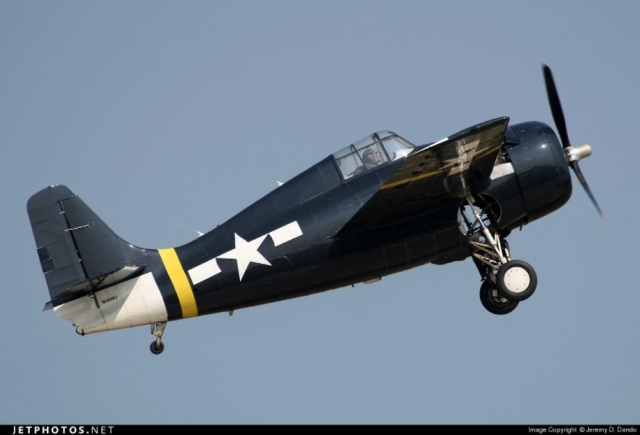 According to the German aviation magazine Klassiker der Luftfahrt, a Grumman Wildcat will soon arrive in Germany. The  fighter, registered as N909WJ, is destined for the B&B Old Aviation GmbH collection and will be shipped to Meier Motors à Bremgarten (Germany)

This new European warbird is a General Motors Eastern built FM-2 version (c/n 2020), which has a taller fin than the initial Grumman built F-4F. It has been sold by its US owner, Walter C. Bowe of Sonoma (CA) through Platinum Fighter Sales.

But there is some doubt on the Wildcat’s former identity: the article indicates that N909WJ is the former US Navy BuNo16203, which is supported by the entry in the US Federal Aviation Administration register. However important websites on historic aviation (https://www.goodall.com.au  and http://www.joebaugher.com) indicate that c/n 2020 is actually BuNo46867.

After its service life had ended, this Wildcat became part of the collection of the Victory Air Museum of Mundelein (IL). It was then restored to flying condition as N909WJ by Don Whittington/ World Jet Inc, Ft Lauderdale (FL) in 1989. Douglas W. Arnold/ Warbirds of Great Britain Ltd. bought it one year later and the fighter was shipped to the United Kingdom. 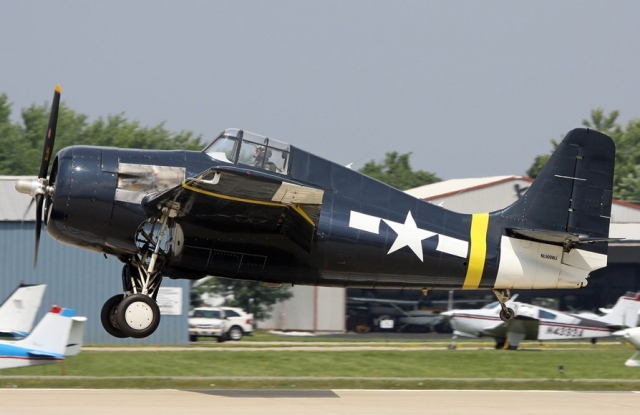 Following two years of storage at Biggin Hill, N909WJ was then transported to Lelystad (the Netherlands) for another period of storage, from 1992 to 1995. The fighter then returned to the UK for, this time, storage at North Weald, which lasted until 2003 when it was shipped to the USA.

For two years N909WJ was owned by Bruce Graham of Irvine (CA) but he sold it in 2007 to Michael Gillian of Downers Grove (IL). Gillian decided to sell his Wildcat to Walter Bowe in 2019, who, obviously, did not like his new toy and said goodbye to it within only two years.