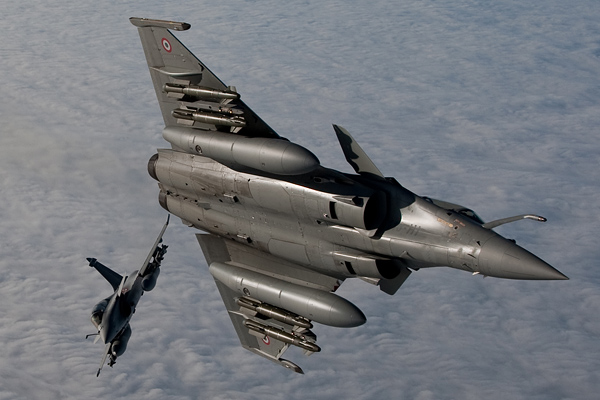 BREAK..BREAK..BREAK..the future of the Armée de l'Air, the Rafale omnirole fighter, shows its elegant lines and the new AASM guided bombs. Flown by the active unit EC01.007, after the air defence role, also the ground attack role has been added to the tasks of this unit.

This base has been allocated BA104 and houses also a C-135FR and an Atlantic NG on detachment for Operation Chammal.

In the near future, ET00.088 will see its Transalls being replaced by CN235s.

Three yet-to-be developed Falcon Epicure aircraft will replace the C-160 Gabriel aircraft from 2025.
ET 02.064 will be disbanded in August 2020 to be resurrected as a A400M unit based at Orleans in the near future. 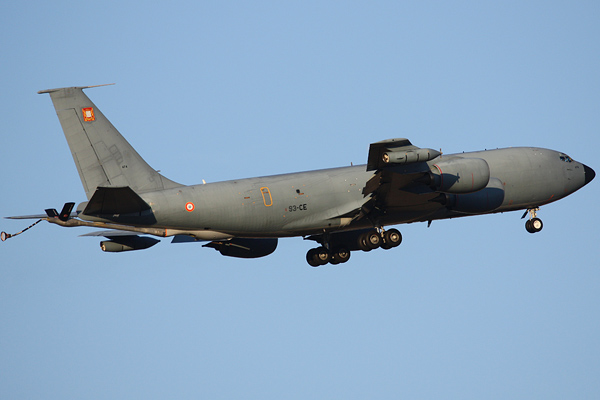 There were fifteen Boeing C-135FR tanker aircraft delivered but one has crashed in 1972. The remaining have been modified with four CFM56 engines delivered. The C135FR are equipped with one centreline mounted flyable boom. A boom drogue adapter (BDA) can be set for probe equipped aircraft. Also, it is fitted with 2 wing mounted FRL Mk32B air refuelling pods.

This base has been allocated DA470. 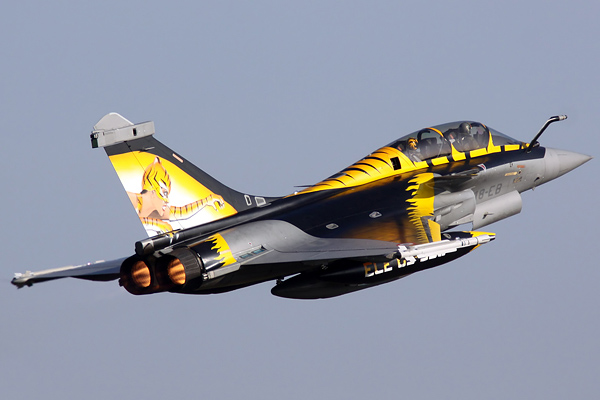 The tiger spirit is clear in this abundant colour scheme, celebrating the Tiger Meet 2009 at Kleine Brogel, Belgium. Both flights of EC 05.330 have a tiger in their badge, as is EC 05.330 itself. This test unit, part of CEAM, has also all other fighters in its inventory.

These are temporary missions by the French Government.

ETD04.003 will be disbanded in 2020, and reactivated in 2023 at Nancy as the Mirage 2000 training unit where it will receive all aircraft from Orange.

EC02.005 will transition to the Rafale C in the near future. 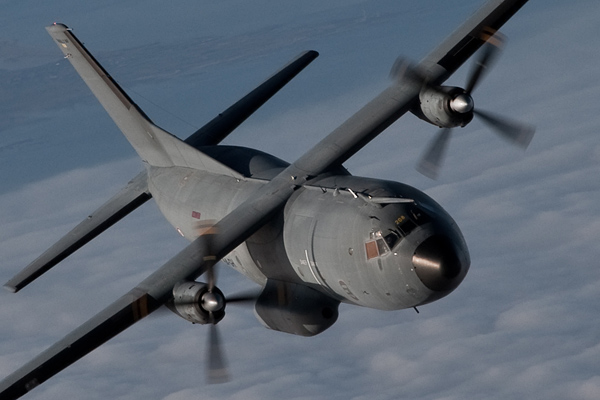 The C160 Transall entered service with ET61 at Orleans in 1967 replacing the N2501 Noratlas. The first batch consisted of 50 aircraft and in addition to those three former pre-production aircraft also entered service with the unit. An additional batch of 26 C160NG (Nouvelle Generation) was ordered in the late seventies to reequip ET64 at Evreux. Among these aircraft are two C160G Gabriel ELINT coversions and four C160H ASTARTE aircraft which serve as platforms for communications with the French navy's nuclear submarine fleet, but these have been stored now. Over the past years the remaining Transall fleet have been upgraded to C160R standard.

The official base of ET 03.060 is Creil-Senlis (BA110), but their aircraft are based at Paris - Roissy (Charles de Gaulle airport).


This base will be closed down in the near future. 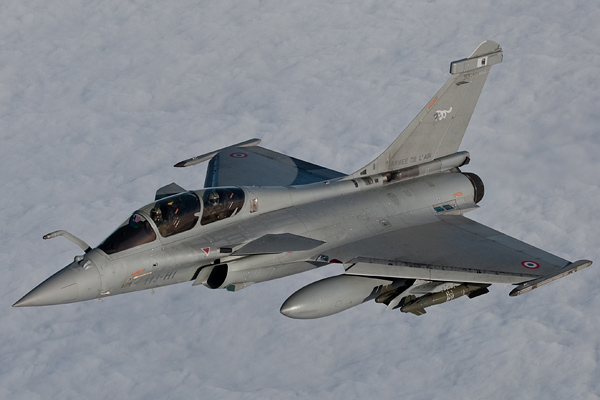 With the unit marking of SPA15 on its tail, this two-seat Rafale B, number 313/113-HI, belongs to EC01.007, an active unit based at St Dizier. From March 2007, three Rafales had been deployed to Dushanbe in Tajikistan, armed with the GBU-12 guided bombs, to support the war in Afghanistan.

In 2012 this base has been transferred to the French Navy.

The A319s and A330s normally operate from Paris-Orly.