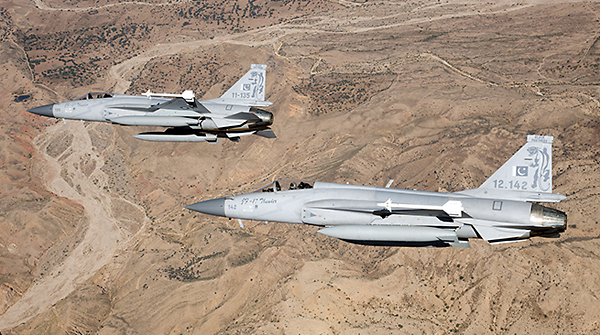 The JF-17 Thunder is developed by PAC (Pakistan Aeronautical Complex) CAC (Chengdu Aircraft Corporation) from China. So far the Pakistan Air Force contracted 135 aircraft of the type. The next generation Block III will see another 50 delivered over the coming years.

These are in use as instructional airframes; it is not a flying base. 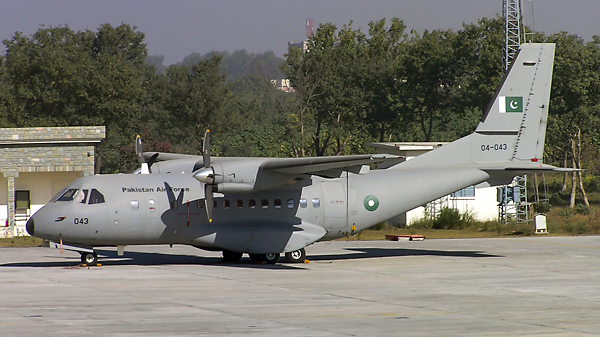 PAF Base Masroor was named after Air Commodore Masroor Hussain, who was killed in an air crash in June 1967 while commanding PAF Mauripur. 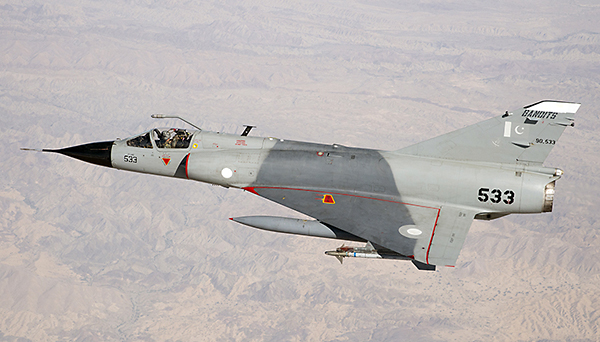 The Pakistan Air Force operates a large fleet of Mirage 3 and 5 aircraft. It is a mixture of freshly produced aircraft and second hand examples from France, Australia, Lebanon and Libya. Around 50 Mirage 3OAs and Mirage 3ODs were bought during the late eighties and are serving the Air Force from Masroor. This one, 90-533, was delivered to the Royal Australian Air Force on 22 February 1966 and operated there as A3-33. 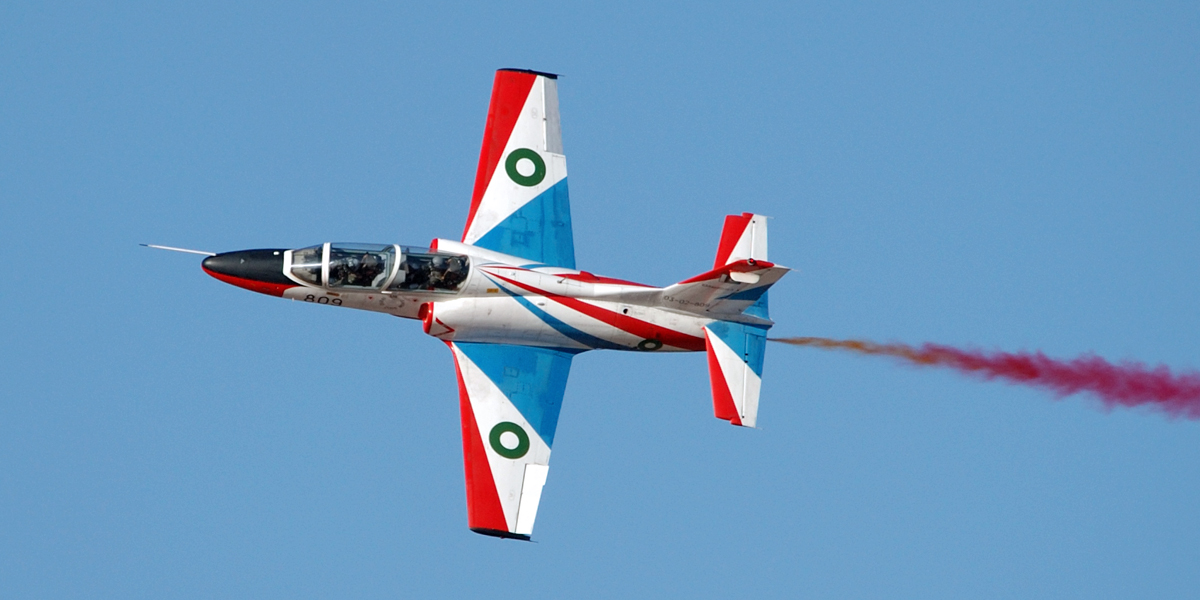 The K-8 Karakorum has become quite a succes after a somewhat slow start. It was co-developed with the Chinese who manufacture it.

PAF Base Minhas is named after Flight Officer Rashid Minhas Nishan - i - Haider who laid down his life on 20 August 1971 in a T-33 hijacked by his instructor intending to fly it to India.
The UAV's are usually forward deployed at various bases. 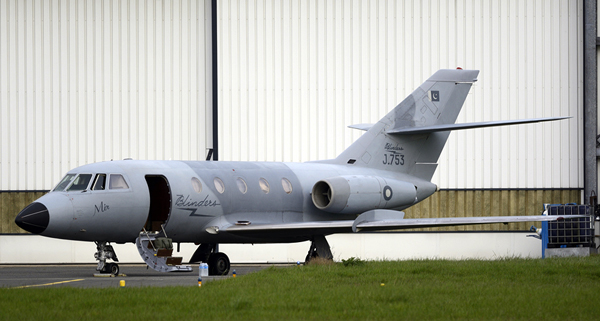 Falcon 20s are used by two different squadrons. This J-753 is a 24sq Blinders example.

PAF Base Mushaf was named after Air Chief Marshal Mushaf Ali Mir, Chief of the Air Staff, who was killed in an air crash on 20 February 2003.

The Stemme S6T motorgliders live in the shelters near the threshold of runway 32R.
The F-16 flight is now named 29sq and is thought to receive its own F-16s rather than loan them from other squadrons. 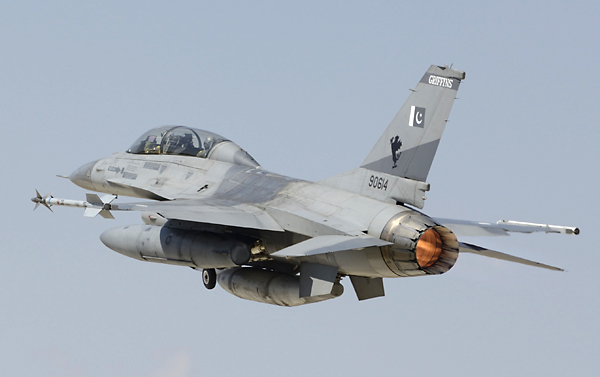 The 38th Wing at Mushaf operates a squadron with F-16A/B MLU. Seen here is a 9sq Griffins F-16B MLU. 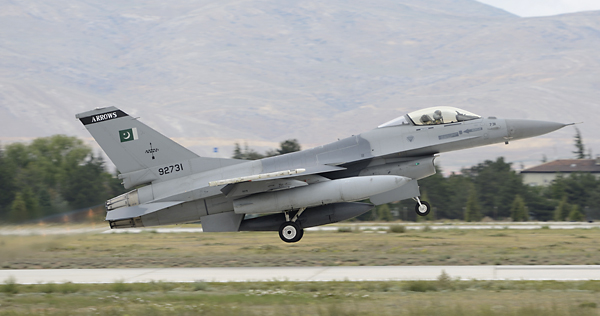 And 11sq Arrows moved to Shahbaz AB with their MLU F-16s. 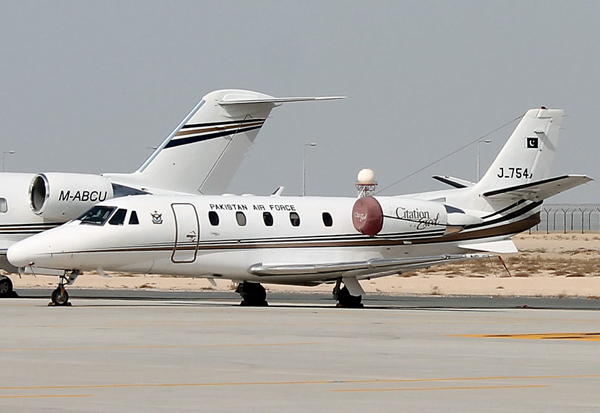 Pakistan has a wide variety of staff and VIP transports. Most look quite anonymous as can be seen with this Ce560XL J-754 of the VVIP flight. You can just make out the PAF-shield on the nose. 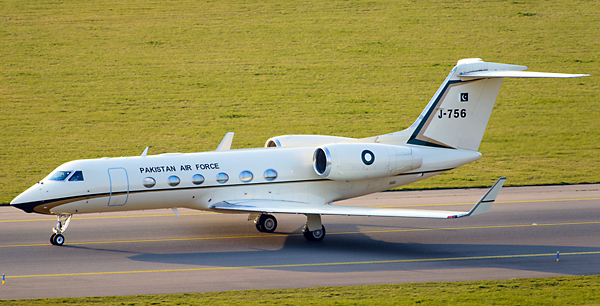 Visiting Amsterdam/Schiphol for the Nuclear Security Summit was G-450 J-756. 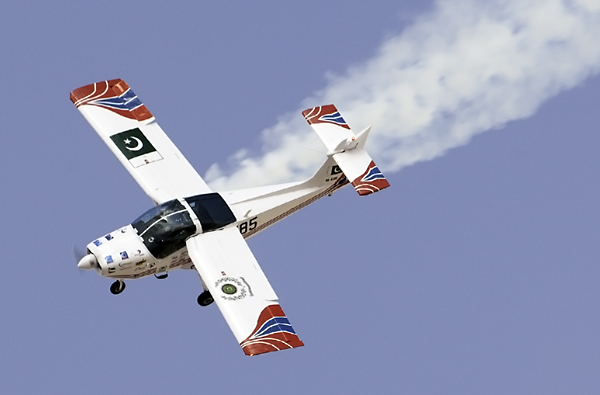 With well over 300 produced and current export orders under construction, the Mushshak family can be considered a huge succes. 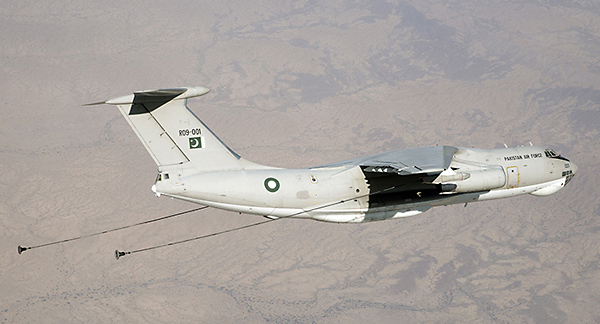 To fulfil the air refueling needs the Pakistan Air Force turned to Russia and ordered four Il-78MP aircraft. They have been in service since 2008 with 10(MRTT)sq at Islamabad. 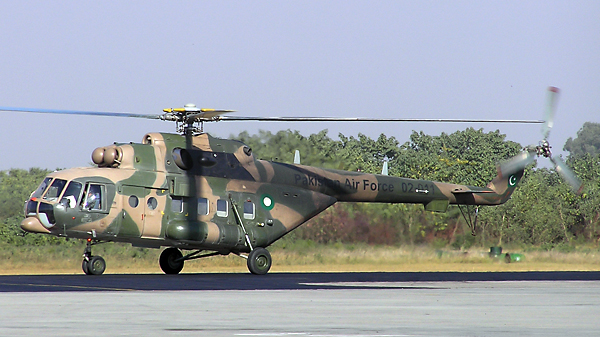 PAF Base Rafiqui was named after Sqn Ldr Rafiqui, SJ, who laid down his life in action against IAF during 1965 war. 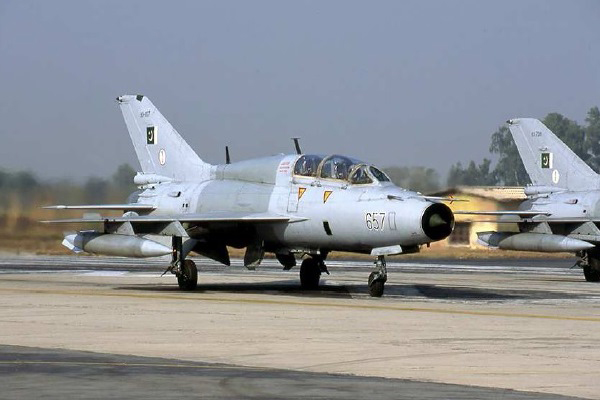 Pakistan is a regular customer for Chinese products. The F-7, a MiG-21 derivative, is operated by a number of squadrons and locally known as F-7P. Apart from the F-7P, Pakistan is also operating the F-7PG since 2002 and the FT-7 as shown here. 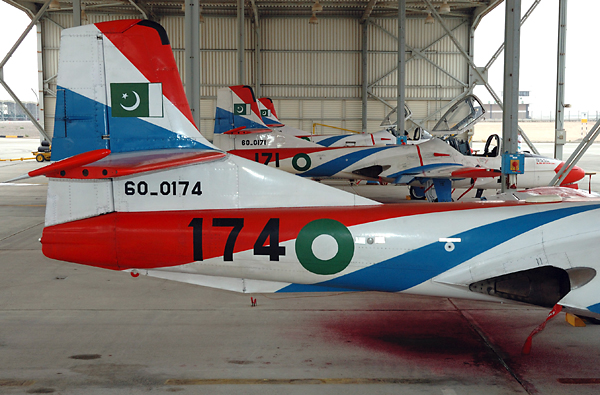 Risalpur is the cradle from whence many fighter pilots came. The distinctive tweeting sound of the T-37 is very familiar to them.

PAF Base Faisal was named after Shaheed King Faisal of Saudi Arabia. 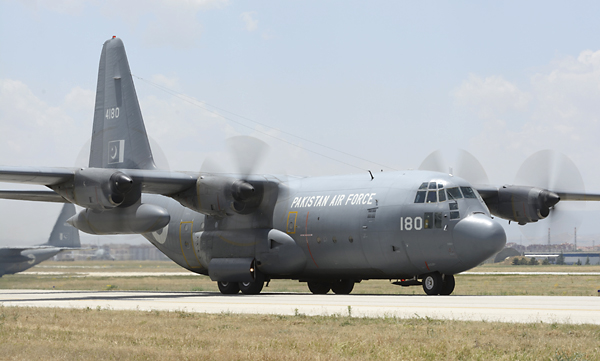 Like many other countries in the world Pakistan is operating a fleet of C-130s. It is a mixture of former USAF, Iranian and Australian aircraft. 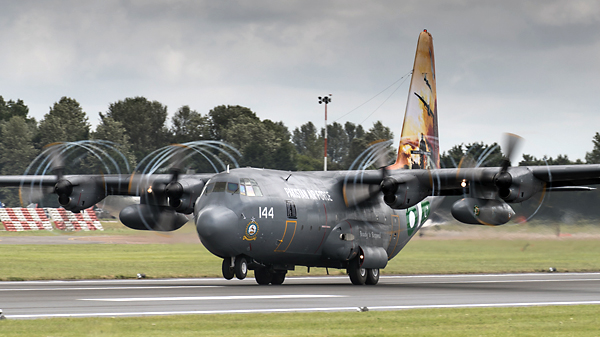 Luckily, we sometimes get to see the Herks in Europe.

PAF Qadri was upgraded from FOB to MOB in 2021. Units keep a permanent detachment here on rotational basis.