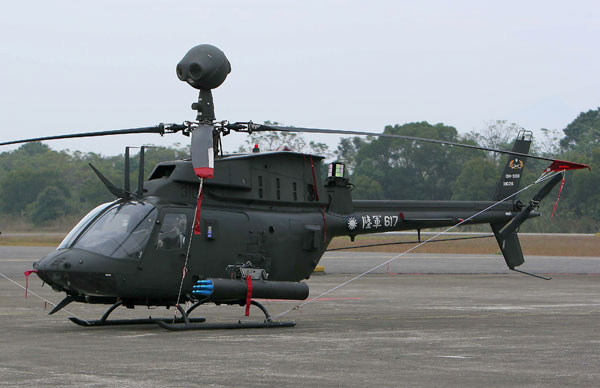 Combat recce missions for the ROC Army are carried out by the OH-58. All three army bases host this type of helicopter. 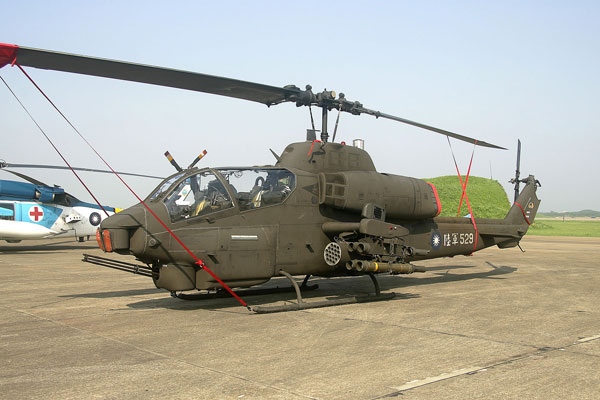 A total of 63 AH-1 Cobra's were delivered to the army. With 601st Airborne Brigade the type is now replaced by 30 AH-64E Apache helicopters. 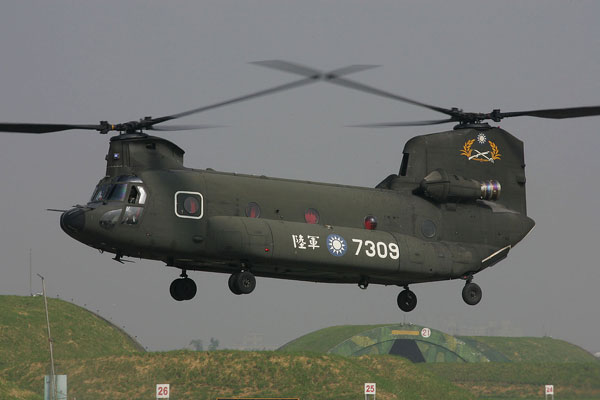 The Chinooks represent the army's heavy metal. A total of nine CH-47SDs were delivered in 2001 and 2002.