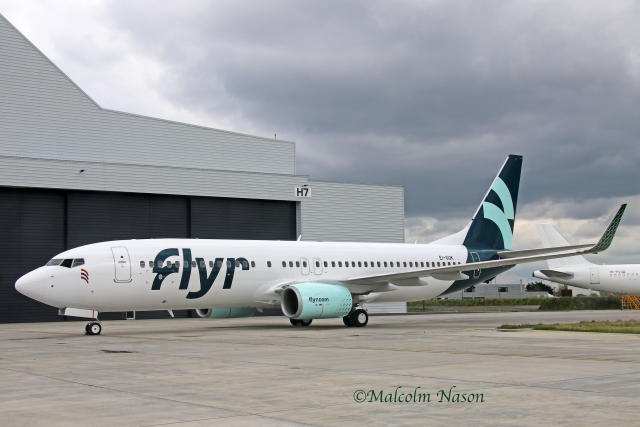 The first two B737-800s for Norwegian start-up Flyr are almost ready for delivery after painting at Shannon. Both aircraft are former Pegasus-aircraft. The first to emerge from paint was TC-CPJ (40881), which will become LN-FGB. The second aircraft, currently registered EI-GUK (40014, former TC-CPI) will become LN-FGA.

The airline is set to launch its operations on 30 June, flying first between Oslo and Tromsø. Additional domestic destinations are planned, as well as European-destinations later on. This year, Flyr hopes to operate five B737-800s and aims to operate a fleet of thirty aircraft in the coming years.