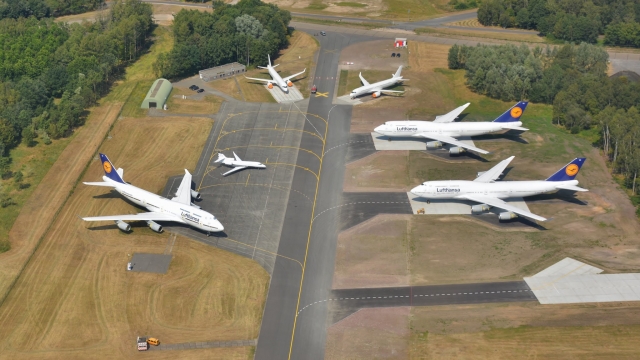 A dispute between Twente Airport and the Dutch Inspection for Environment & Transport (ILT) is preventing six stored Lufthansa B747-400s to leave the airport. While discussions are ongoing, the airport is preparing a lawsuit in order to find a quicker resolution.

According to the ILT, Twente Airport doesn't have the required permits for operating widebody aircraft out of the airport, including airspace routing. Currently, the permit allows widebodies to only land at the airport. The ILT claims Twente Airport knew this when they offered parking space to Lufthansa. Twente Airport on the other hand claims that the ILT has amended the permit without informing the airport.

Twente Airport hoped that Lufthansa would decide to have the six Jumbos dismantled at the airport, but the airline has decided to have this done by another company, which means the planes need to be repositioned. One of them was actually originally scheduled to fly-out this week.