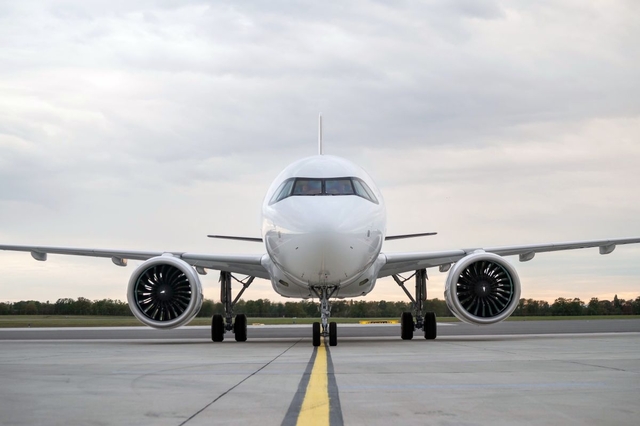 On 13 September, Austrian Airlines welcomed its first Airbus A320neo. The aircraft, OE-LZN (10904), arrived at Vienna from Toulouse-Blagnac. It's currently all-white and will get a cabin refit and a fresh coat of paint before deployment into commercial service, which is expected in October 2022. The first destinations where you can spot the aircraft, apart from Vienna, will be Berlin and London-Heathrow.

The aircraft is coming from the Lufthansa Group's orderbook for the A320neo-family and will be joined by three more, one of which also due in this year. Austrian will use the new A320neos to replace older Airbuses in the fleet, which today consists of 29 A320s and six A321s. The airline also operates three Boeing B767-300ERs, six B777-200ERs and seventeen Embraer ERJ195s.