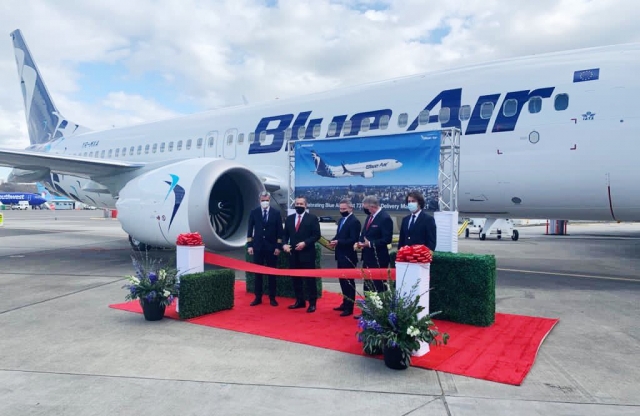 Slowly but surely the deliveries of new MAXs is gaining speed and two European airlines have taken delivery of their first MAXs.

On 30 March, Blue Air from Romania received the keys of their new B737-8 YR-MXA (43309). The aircraft is expected to arrive at Bucharest on 1 April. In total, the airline has signed orders and lease-agreements for twelve B737-8s, six directly with Boeing and six with lessors. Its first MAX is leased via ALC.

On the same day, Neos also took delivery of its first B737-8s. EI-RZA (62869) and EI-RZB (43920) are the lucky numbers and both planes were flown to Milan-Malpensa on 31 March. They are leased via AerCap and the airline is expecting a third B737-8 later this year.