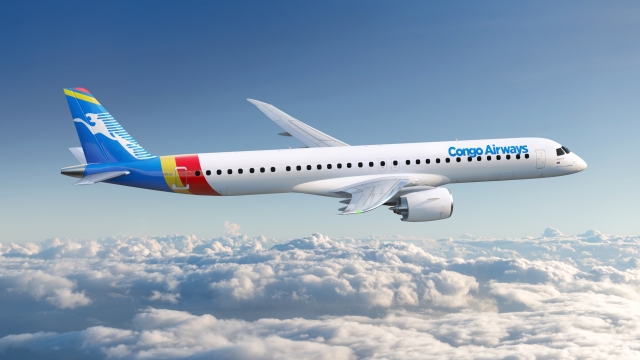 Embraer has announced that Congo Airways ordered two E195-E2s. Both are additional to the two E190-E2s the airline ordered in May 2020. The first E2 is expected to arrive in 2022.