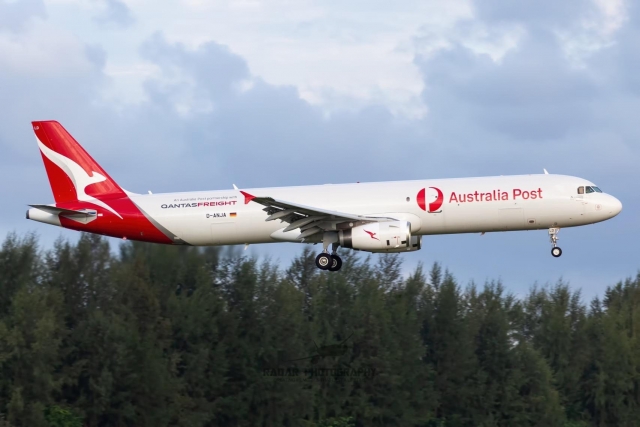 A year ago, Qantas extended its contract with Australia Post and decided to order three Airbus A321PFs. Now, their first plane is nearing delivery after conversion at Seletar in Singapore.

The aircraft involved is currently registered D-ANJA, which is a A321-200 with c/n 835. It is planned to become VH-ULD when it will be delivered, which is scheduled for October.

Life for this airframe started in June 1998 when it was delivered to British Midland as G-MIDC. In March 2011 it became TC-OBJ of Onur Air, which phased it out in 2018. Since November 2018 the plane was being converted to a freighter.

Jun You was present at Seletar to capture the plane landing after a test-flight on 30 August.