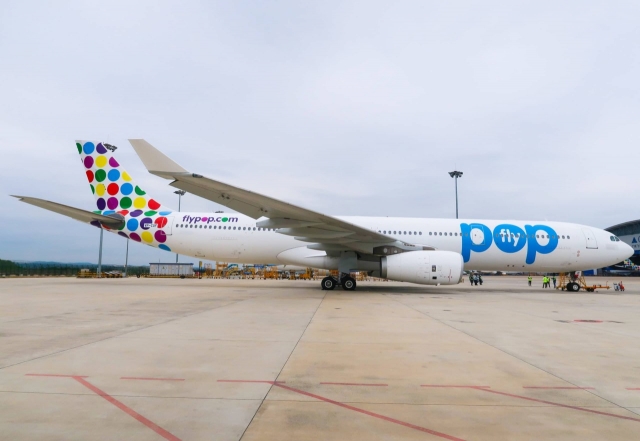 As starting passenger flights between London-Stansted and India is still impossible due to the pandemic, start-up flypop has subleased its A330-300 to HiFly, which will market and use the aircraft as a "phreighter". As a result, the A330-300 (1445) was registered as 9H-POP by HiFly Malta instead of the intended G-FPOP on 10 November at Malta. Since 18 November, HiFly and flypop are deploying the aircraft in Canada to support in hauling cargo to relieve the impact from large floodings in the country.

flypop plans to launch its passenger flights to secondary Indian cities like Amritsar, Hyderabad, Goa, Kolkata, Ahmedabad, Kochi and Chandigarh, once the situation and regulations with the pandemic become more clear. In total, the new airline wants to operate up to four A330-300s. A second A330-300, currently still registered as RP-C3341 (1420), is already painted and awaiting delivery at Guangzhou.