Following-up on our report of June, Garuda's 2022 fleet-plan was posted on Indonesian news portal Tempo. In this slide it clearly states what the airline is planning to do with the fleet, including the fleet of low-cost subsidiary Citilink. As reported, Garuda is going through a large restructuring in order to survive the crisis at the airline, which has deepened due to the Corona-pandemic.

Looking at the table, Garuda is set to massively reduce its fleet in 2022, leaving only a fleet of 66 at Garuda and 78 at Citilink. Most notable is the large reduction in widebody aircraft by withdrawing its ten B777-300ERs, its seven A330-200s and ten of its A330-300s. The airline also plans to scrap its remaining A330neos on order which are nine -900s and four -800s. Earlier, it was already known that Garuda was talking with Boeing to cancel its order for 49 MAXs.

If the reduction of the widebody-fleet also means the airline is set to scrap its long-haul flights to Amsterdam or that these will continue with A330-900s is currently unknown. 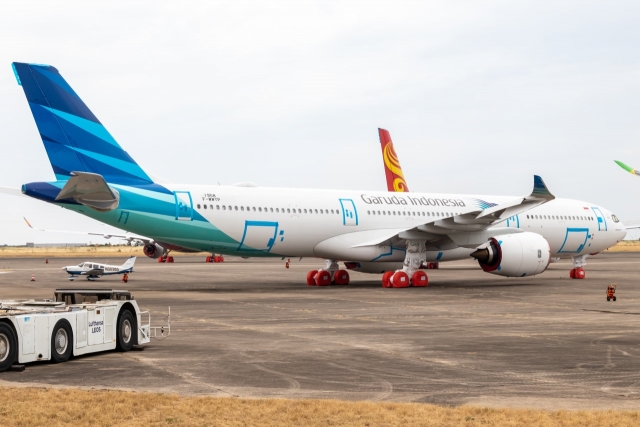