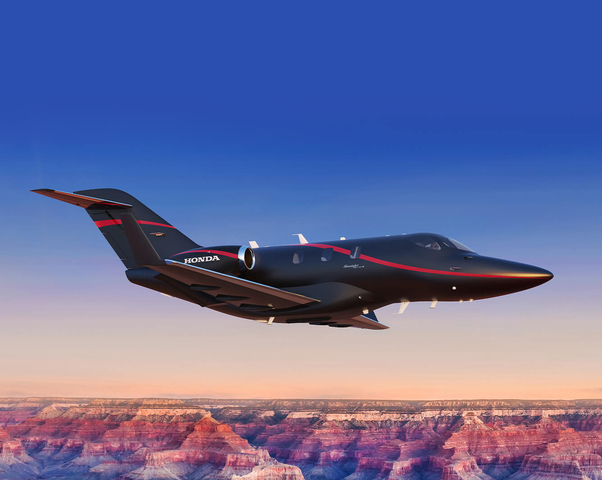 Since the first production aircraft were delivered to its customers in 2015, the HA-420 model (with its remarkable over the wing engine mounts) has been upgraded.

Starting in August 2018 the HondaJet Elite I was handed over to customers, benefiting from increased performance, larger control surfaces, reduced engine mount vibrations, increased payload and a Garmin G3000 based flightdeck avionic suite.

In 2021, the HondaJet Elite S was launched in the United States with an even greater range, increased payload performance, improved interior options and automated flight controls.

The HA-420 Elite II will feature a range of 1.547 nautical miles to carry seven passengers and one crew member (the pilot) and new ground spoilers for better take-off and landing performance. Improved avionics including autothrottle, emergency autoland and stabilised approach guidance.

FAA certification of the Elite II is expected late 2022 while some of the automated avionic features are expected later, in 2023.

In the meantime Honda Aircraft Company also continues to work on their HA2600 platform, the mid-sized HondaJet concept for transporting up to eleven passengers.