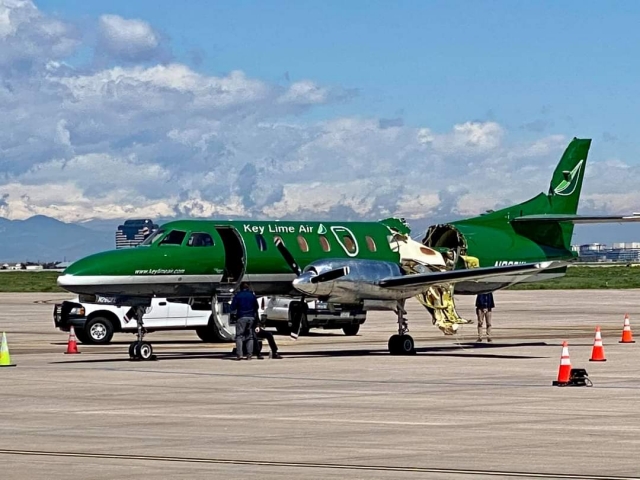 A Key Lime Air Swearingen Metro II, N280KL (msn TC-280) and operating flight LYM970 from Salida (CO) to Denver-Centennial (CO) with one crew, was on a visual approach to Centennial's runway 17L, while at the same time Cirrus SR22 N416DJ of Independence Aviation (msn 4394), with two people onboard, was cleared for a visual approach to runway 17R and was advised of the traffic landing on the parallel runway.

The Metro was descending through 6,400 feet about three miles north of the threshold runway 17L, when the Cirrus did the exact same thing for runway 17R. However, it overshot the centre lines of both runways 17R and 17L, and both aircraft collided over Cherry Creek State Park. The Cirrus sliced across the fuselage of the Metroliner, just above the wings, taking out the whole cabin section at that point.

The Metro pilot declared an emergency on the tower frequency, reporting their right hand engine had failed and reported he saw another aircraft on parachute going down. After landing the pilot advised it had definitely been a mid-air collision. 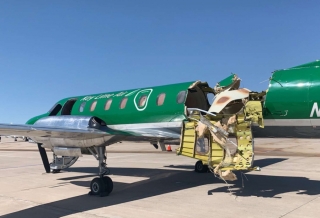 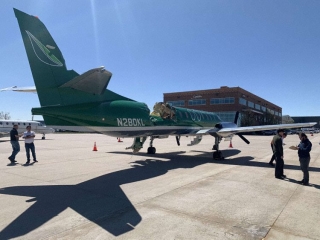 The Cirrus pilot activated the parachute (CAPS, or Cirrus Airframe Parachute System, basically a parachute hidden in the aircraft and activated by pulling a lever in the flight deck) and landed in a field nearby with no injuries, ending up about 2.7 miles north of runway 17L. The local Sheriff's Office gave the location of the Cirrus between E. Bellevue Ave and S. Cherry Creek Drive. 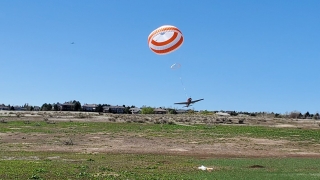 The NTSB (National Transportation Safety Board) has opened an investigation and dispatched investigators on site stating: "NTSB is investigating the May 12, 2021, mid-air collision involving a Metroliner & a Cirrus near Denver, Colorado. No injuries reported in connection with the collision. Initial report indicates collision happened as airplanes were landing. The NTSB will travel to the scene."