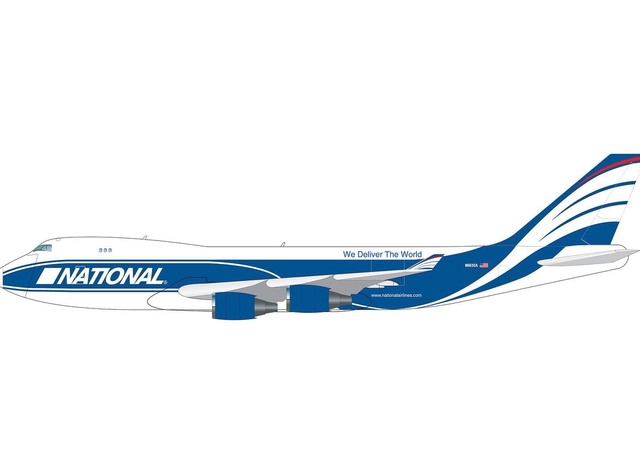 U.S. National Airlines will soon add a Boeing 747-400 freighter to its fleet, as it has acquired a former AirBridgeCargo Boeing 747-400ERF, the extend range version of the 747-400 Freighter. It will be the first Boeing 747 factory freighter in National’s fleet. The aircraft is currently at Marana (AZ) undergoing some maintenance and National expects it to enter service in the Q4 2022.

The aircraft is MSN 25237 (ex VP-BIM) and had been placed in storage at Sharjah between February and July 2022, before being ferried to Marana. It will be registered as N663CA. The aircraft will be recognizable as a ex AirBridgeCargo aircraft as National has unveiled an image of its paint scheme (see picture)