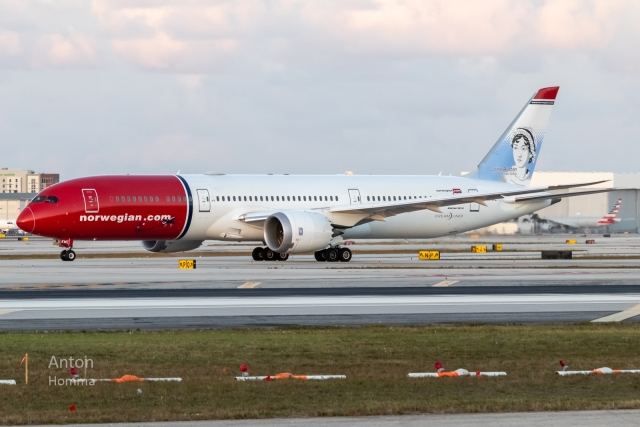 On 14 January, Norwegian has announced its restructuring plan in order to become profitable again. The airline calls its new plan a new start for the airline, that will focus on short-haul flights only. By doing so the airline "aims to attract existing and new investors, serve its customers and support the wider infrastructure and travel industry in Norway and across the Nordics and Europe.”

As a result, Norwegian will abandon its long-haul operations, which it struggled to make profitable for years. It expects that demand for long-haul travel will not revover in the (near) future, prompting the move.

Norwegian launched its long-haul division in 2012, with the first flight conducted in May 2013, from Oslo and Stockholm to Bangkok and New York-JFK (NY). Currently, Norwegian's long-haul operations are organised through its subsidiaries Norwegian Long Haul, Norwegian Sweden and Norwegian UK.

Together the three entities have a fleet of 35 B787s; eight B787-8s and 27 B787-9s. Due to the COVID-19 crisis, all of the Dreamliners are parked at various airports and it is said that the six parked at Shannon have been repossessed by their lessors. The closure of the long-haul operations will have a big effect on Norwegian's workforce, which will lead to lay-offs of up to 2,200 co-workers.