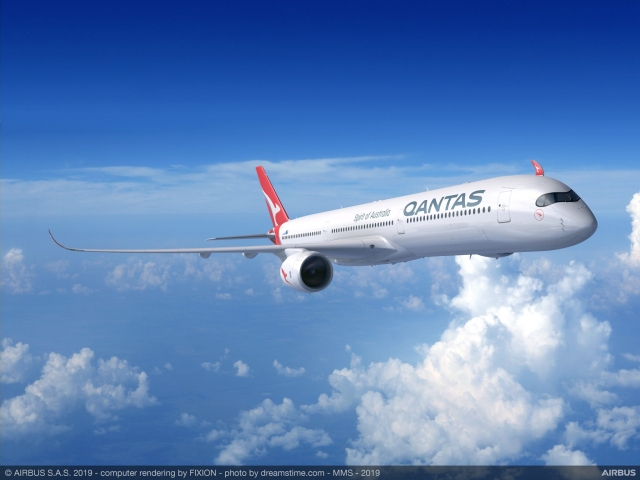 Qantas to revisit Project Sunrise at the end of this year

The CEO of Qantas has said that his airline will revisit Project Sunrise at the end of this year. He also said that flying direct from Sydney and Melbourne to New York (NY), London and Paris will have an even greater appeal after the Corona-pandemic.

An integral part of Project Sunrise will be the fleet of twelve A350-1000s, which will be outfitted with additional fuel tanks to have sufficient range. Qantas was weeks from ordering the twelve aircraft at Airbus when the Corona-pandemic struck and Australia closed for all international flights.

At the end of the year, the airline will see how international air traffic is developing and decide if the time is right to order the aircraft. Qantas doesn't expect air travel to return to the 2019-level before 2023-2024 and originally planned for Project Sunrise to take to the skies in mid-2023.