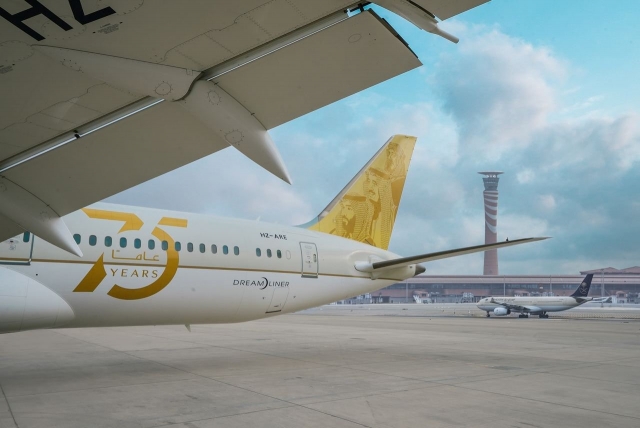 Saudia is celebrating its 75th birthday and has decided to give B787-9 HZ-ARE (41548) a special tail and a large 75-decal to commemorate this milestone. The aircraft was unveiled on 11 September. The tail features the faces of King Abdulaziz Al Saud, the founder of Saudia Arabia (top), his successor King Salman bin Abdulaziz Al Saud (middle) and the current Crown Prince Mohammed Bin Salman (bottom).