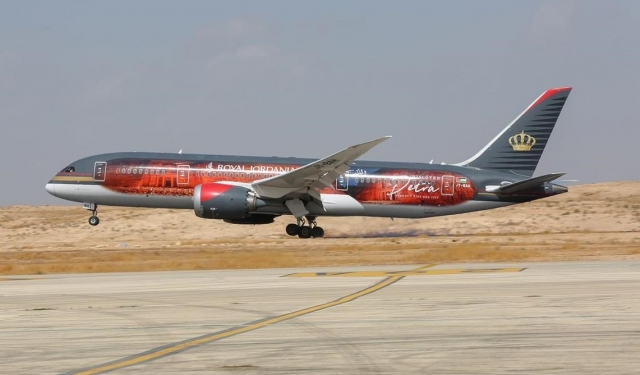 Royal Jordanian has unveiled a special livery for its B787 JY-BAH (37985), which now promotes the city of Petra, one of the new seven world wonders and also an UNESCO world heritage-site.

Since it's unveiling on 17 October, the aircraft has been used by the airline to Dubai and Montréal.