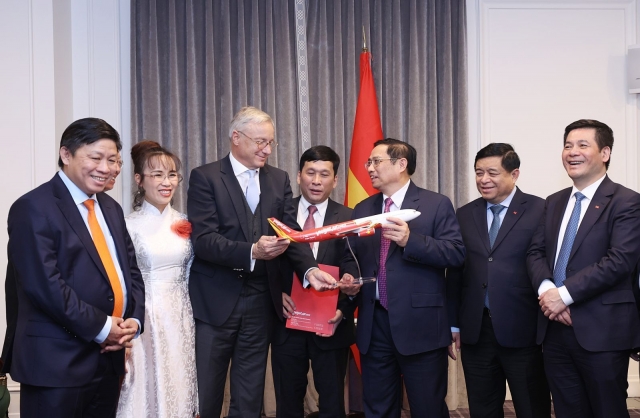 On 5 November, Airbus and Vietjet signed a strategic partnership agreement. In this agreement, both companies agreed on the delivery timeline of its remaining 119 Airbus aircraft on order as well as continued training for the airline's technicians as well as training support for flight crews. Most notable, however, was the brief announcement that both companies will also work together in establishing and developing the airline's long-haul fleet.

Vietjet's first foray into widebodies will be three A330s, which it will lease via an unspecified lessor. The aircraft are planned for delivery from this month already. It's unclear what the exact version of the A330s will be. Some websites are reporting the A330-900 but looking at the model being handed over in the picture, it is the A330-300.

Currently, the Vietjet Group has a total fleet of 91 aircraft consisting of 28 A320s, 44 A321s and nineteen A321neos. Of this fleet, ten A320s and six A321s are operated by subsidiary ThaiVietjetair.