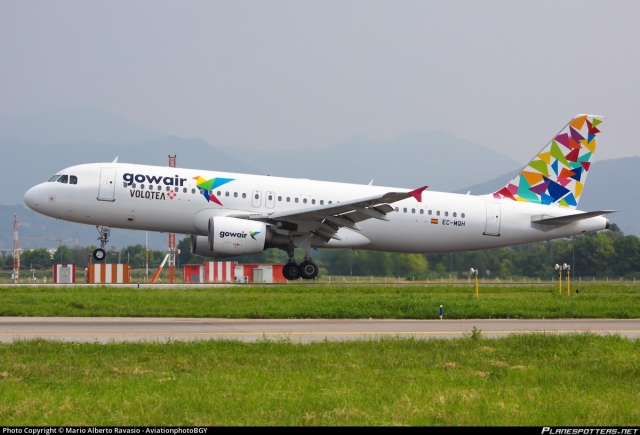 Spanish low-cost carrier Volotea, which recently phased out its Boeing 717s (see news 11 January 2021), will add five Airbus A320 aircraft to its fleet in the near future.

Following the retirement of the B717 it looks like Volotea has become an all A319 operator, from which it has twenty aircraft in its fleet with three more to join in the coming months.

However, early January 2021 four ex Aeroflot A320s that were stored at Ostrava and Mineralnye Vody were registered in Spain. In mid-January one of these aircraft was painted in Volotea colours, revealing the identity of the new Spanish operator.

Besides these four ex Russian Airbus' Volotea will also add a fifth A320, which is coming from Alaska Airlines.

The Airbus A320s involved are:

It is not the first time an Airbus A320 will be operated for Volotea, because in the summer of 2018 the airline hired an Airbus A320 (msn 1296, EC-MQH) from Gowair Vacation Airlines. This aircraft only had additional Volotea titles and not the full colour scheme.