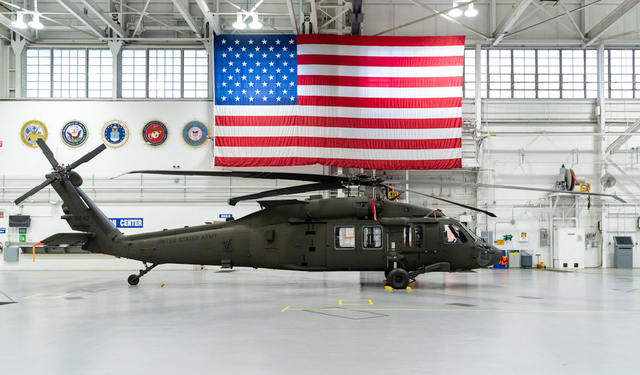 UPDATE: the Black Hawk has been handed over to the 35th Combat Air Brigade Missouri Army National Guard.

The Sikorksy S-70 family was developed to meet a US Army requirement to replace the UH-1 Iroquois family of utility medium-lift helicopters in 1972. Three YUH-60A prototypes were constructed, with the first flying in October 1974. They were evaluated against the Boeing-Vertol YUH-61A. The YUH-60A was selected for production, and entered service as the UH-60A Black Hawk with the US Army in 1979.

Sikorsky Aircraft is an American aircraft manufacturer based in Stratford (CT). The company was established by aviation pioneer Igor Sikorsky in 1923 and was among the first companies to manufacture helicopters for civilian and military use. Previously owned by United Technologies Corporation, in November 2015 Sikorsky was sold to Lockheed Martin. This year, Sikorsky celebrates its 100th anniversary.

According to Lockheed Martin, the US Army is the largest operator of the S-70 with 2,135 H-60 designated aircraft.